Restrictions on normal activity in these countries and others have created a logistical nightmare for the managers of call centres and other back-office operations for foreign corporations. 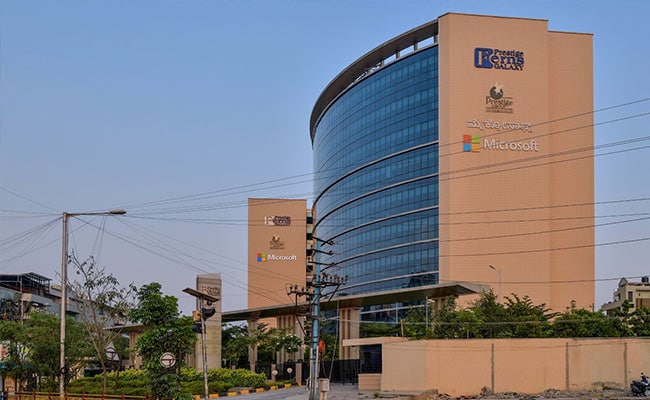 Some firms have resorted to having staff live at their place of work.

Coronavirus is permanently shaking up the global outsourcing industry as lockdowns from Bangalore to Manila prompt firms to "reshore" jobs and, with AI, to move further away from needing humans at all.

Restrictions on normal activity in these countries and others have created a logistical nightmare for the managers of call centres and other back-office operations for foreign corporations.

Having their staff work from home is difficult because of rules governing the handling of sensitive material such as financial transactions for bank customers from Scotland to San Francisco.

Also, many workers in places like India and the Philippines live in crowded housing with poor-quality broadband, while some firms do not have enough equipment like laptops to provide to employees.

"We are talking about companies which used to ask employees to leave even their pens and pencils outside the office because of security concerns."

Desperate to stay operational, some firms have resorted to having staff live at their place of work.

Vodafone India, for example, says it has "organised temporary stay arrangements at our data centre locations, (and) made food and groceries available at critical locations".

Similar practices by others have sparked the ire of trade unions.

Mylene Cabalona, president of the Business Process Outsourcing Industry Employees' Network (BIEN), told AFP the union had received reports of some workers "effectively quarantined and locked down in their offices".

The Financial Times in early April published photos that it said appeared to show workers sleeping on the floor of a call centre in the Philippines, living in what they described as "subhuman" conditions.

Anthony Esguerra, who works at a Manila firm handling data for a Chinese online gaming company, admitted that 80 percent of its operations were disrupted.

"The workflow of processing players' requests really slowed down, since our internet access was limited compared to when we were working at the office," he told AFP.

Companies like telecom firm Spark New Zealand and Taiwanese computer maker Acer, which uses a Philippine facility to serve Australian and Kiwi customers, have simply told people not to call.

Australia's Telstra and Optus and Britain's Virgin Media -- all of which have offshore units in India and the Philippines -- have announced plans to recruit hundreds of staff back home.

Telstra, which heavily relies on its Philippine facility for customer service, initially said it would hire 1,000 temporary workers, but later raised that figure to 3,500.

Optus sought to fill 500 vacancies, saying that while the company had previously believed "its diversity of locations would make us resilient to any disruptions", this was no longer the case.

But the bigger lasting change from the pandemic will likely involve the wider use of artificial intelligence to handle tasks currently performed by human beings, experts said.

Telstra, for instance, which was already planning to slash customer service calls by two-thirds by 2022, now intends to accelerate its use of AI.

"(We) will be using this as an opportunity to further digitise and automate our business," CEO Andy Penn told The Sydney Morning Herald this month.

"COVID-19 (has) achieved in six to eight weeks what the evangelists of automation have not managed... for more than five years," Ilan Oshri from the University of Auckland's Graduate School of Management told AFP.

But the "onshoring" of jobs and the increased use of AI will have a big impact on countries that for years have benefitted from taking on the back-office operations of multinationals.

India, in particular, was a trailblazer. As of 2017, the industry employed nearly four million Indians and raked in revenues of more than $150 billion, according to trade body NASSCOM.

In the Philippines, the industry started from scratch in the early 1990s but by 2019 its revenues were equal to 7.3 percent of the country's gross domestic product, employing 1.3 million people.

"We will have to rethink the whole outsourcing model," said consultant Sood.

"The assumption that you can offshore everything to Bangalore and Manila and relax has gone out of the window."