Coronavirus effect: Bengal Chief Minister Mamata Banerjee, Bihar's Nitish Kumar and Odisha's Naveen Patnaik have sought help for people from their state, who have been stuck in another state after the lockdown and are in need of help 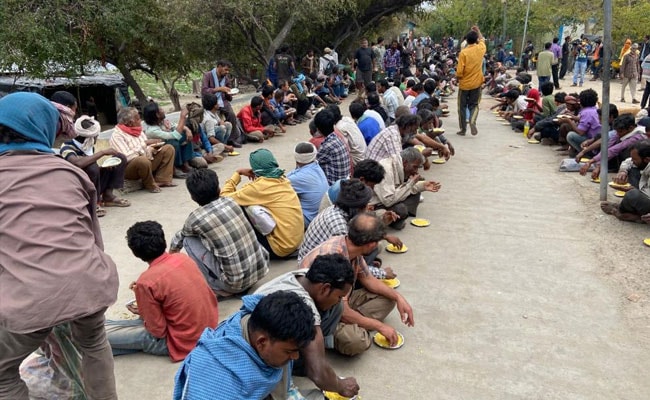 There has been concerns about lakhs of daily wage labourers who would lose their livlihood.

Chief Ministers of three states - Bengal, Bihar and Odisha - which  send the maximum number of labourers across the country, have taken the initiative to ensure the safety of the people as the 21-day lockdown to counter the coronavirus started .Their initiative comes amid concerns over the lakhs of families that  depend on daily wages, who are bond to lose their livelihood and possibly the roof over their head. Bihar Chief Minister Nitish Kumar has announced a Rs 100-crore plan for migrants.

Since Wednesday, a steady stream of migrant labourers have started the long, slow journey to their villages, unsure that they would receive any kind of aid in the big cities. Most are from another state, and are trying to walk it home. Others, whose states are far away, are struggling to return home as all public transport has been stopped.

"Since it is not possible for us to send any help to them, I take the opportunity to request you to kindly ask your administration to provide them with basic shelter, food and medical support during this period of crisis," Bengal Chief Minister Mamata Banerjee has written to the Chief Ministers of 18 states, asking them to look after the people.

Bengal, she said, is taking care of such "stuck people" from other states and promised the Chief Ministers to reimburse them.

A similar letter has been sent by Odisha Chief Minister Naveen Patnaik, who said his governments have made arrangements to reach out to people from other states, who are in need of help.

"I would make an earnest appeal to you that any person or group of persons from Odisha stranded in any part of your state may please be assisted with basic food, accommodation, security," Mr Patnaik wrote to all the chief ministers.

Bihar Chief Minister Nitish Kumar said Rs 100 crore has been released from the Chief Minister's Relief Fund to set up shelters for rickshaw pullers and daily wage earners who are from the state, but living far from their villages.

These ''aapada raahat kendras'' (disaster relief centres), to be set up in Patna and other cities, would also provide shelter to workers who may have come from other states.

Mr Kumar said his government will make efforts to help migrants tide over the 21-day period. His government, he said, will coordinate with other states and bear full expenses for food and lodging of migrants who are stranded without work and pay.