Read inOther Languages
This Article is From Apr 17, 2020 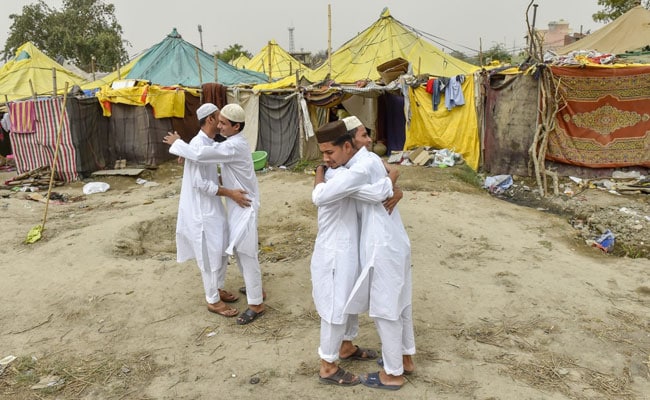 Rohingya camps in Telangana, Delhi, Punjab, Jammu and Mewat need to be screened, the centre said.

The Union Home Ministry has asked all states to track down and screen Rohingya Muslim refugees over concerns that they may have come in contact with members of the Islamic missionary group Tablighi Jamaat that has emerged as one of the biggest coronavirus clusters in the country, government sources told NDTV on Friday.

All state police chief have been asked to conduct an intensive exercise to locate the Rohingya refugees as many are missing from their designated camps.

"All contacts of Rohingyas need to be screened on priority basis and necessary measures need to be taken," the alert sent out to states and union territories said, according to sources.

"It has been reported that Rohingya Muslims have attended ijtemas and other religious congregations of Tabligh Jamaat and there is a possibility of their contracting COVID-19," the letter sent by Home Ministry to state police chiefs and chief secretaries said.

The letter calls for special attention for identification of Rohingya refugees in camps in Hyderabad, Telangana, Delhi, Punjab, Jammu and Mewat.

"Rohingyas residing in camps of Hyderabad, Telangana had attended Ijtema at Mewat and then had visited Markaz in Nizamuddin. Also Rohingyas living in Shram Vihar, Shaheen Bagh had also gone for Tabligh activities. They have not returned to their camps," the letter said.

So far, the government has traced around 30,000 people with links to the religious congregation hosted by the Tablighi Jamaat at its "Markaz" or headquarters in Delhi's Nizamuddin, violating the state government's ban on large gatherings, sources said.

Intelligence agencies have been using cellphone and other technical data to trace people who were in the Nizamudding area in mid-March when the event was held.

"Initially, we were analysing a dump of 10,000 phones but now numbers have multiplied. Each state has been tracing contacts in their areas," a senior police officer said.

The Indian government estimates that there are around 40,000 Rohingya in camps across the country, having arrived over the years after fleeing violence and persecution in Myanmar, which denies them citizenship.

Identifying them as illegal aliens and a security risk, the government pledged to identify and deport members of the community who live in small settlements and slums from Jammu and Kashmir to Delhi and has already done so with some groups.