India May Be Next Coronavirus Hotspot With "Avalanche" Of Cases: Experts

The South Asian nation is trying to contain the virus by closing its borders, testing incoming travelers and contact tracing from those who tested positive. 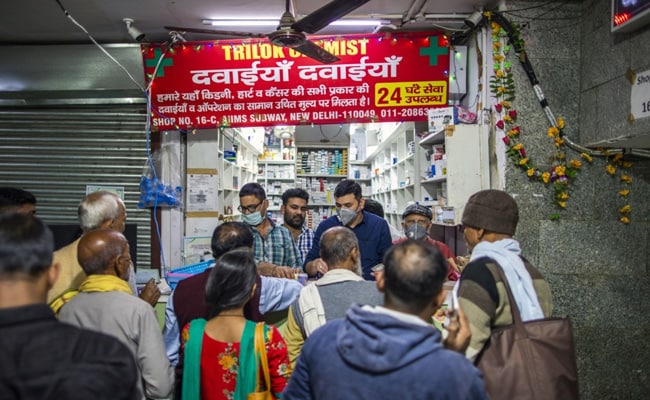 India could become the next global hotspot for virus cases, experts have warned.

India could become the next global hotspot for virus cases, with experts warning containment measures that proved successful elsewhere in Asia may not work in the world's second-most populous country.

The South Asian nation, which has so far reported 137 infections and three deaths, is trying to contain the virus by closing its borders, testing incoming travelers and contact tracing from those who tested positive. On Tuesday, the Indian Council of Medical Research announced it was ramping up the country's testing capacity to 8,000 samples a day from the current 500. Its director general Balram Bhargava maintained there was "no evidence" of the transmission of the virus in the community.

But some experts in the nation of 1.3 billion people say that won't be enough to contain the spread. Other measures like widespread testing and social distancing may be infeasible in cities with a high population density and rickety health infrastructure.

While growth in total numbers has been slow until now, "the number will be 10 times higher" by April 15, said Dr. T. Jacob John, the former head of the Indian Council for Medical Research's Centre for Advanced Research in Virology, a government-funded institution.

"They are not understanding that this is an avalanche," said John, who was also chairman of the Indian Government Expert Advisory Group on Polio Eradication and chief of the National HIV/AIDS Reference Centre at the Christian Medical College in Vellore. "As every week passes, the avalanche is growing bigger and bigger."

So far India has been relatively unscathed by the virus compared with other countries in Asia.

And Prime Minister Narendra Modi said the South Asian nation is doing it's best to fight the spread of the virus.

Many people are highlighting different aspects of how India is combating COVID-19.

This is certainly boosting the morale of all those doctors, nurses, municipal workers, airport staff and all other remarkable people at the forefront of fighting COVID-19. #IndiaFightsCorona

A key concern in India is Maharashtra, the state with the highest urbanization in India and home to the financial capital Mumbai and benchmark stock exchange. It's reported the biggest spread of the infection with 39 cases. Its government has called for a virtual lockdown of cities on Monday -- shuttering all public places, putting off university exams and asking government offices and private companies to ensure at least half their staff work from home.

"Maharashtra is in the second stage at the moment," Rajesh Tope, Maharashtra's health minister told reporters in Mumbai. "But if we don't curtail or stop the infection from spreading this contagious disease we could slip to stage three and that would mean a spike in the number of infections," he said. "We have to contain this disease under any circumstances."

Apart from its sheer size, India's other challenge is the density of its population: 420 people live on each square kilometer (about 0.4 of a square mile), compared with 148 per square kilometer in China. Its cities are crammed with slums and low-income housing clusters where the living conditions are tight.

India on Tuesday announced that state-authorized private laboratories would be allowed to conduct tests. But the government has yet to release the list of authorized labs, according to Dr Lokesh Kumar Sharma, spokesman for the Indian Council of Medical Research said.

The pandemic, which has infected 174,000 worldwide, with deaths topping 7000, has a pattern of surging after an initial slower phase. This was seen in nations such as South Korea and Italy -- the worst-affected countries outside of mainland China.

South Korea, which had a 2,000% jump in cases in a week last month, slowed the outbreak and deaths by testing hundreds of thousands of people in clinics and drive-through stations.

More than 5,200 potential cases have been identified through contact-tracing and put under surveillance in India, the health ministry said late Monday. Last week it suspended most visas and decided on Friday to limit international traffic through land crossings.

The country's response to the coronavirus spread is driven by the limitations of its public health system, Reddy said. India's health-care spending is among the lowest in the world -- just 3.7% of gross domestic product. That's left it with a patchwork of overcrowded public hospitals, and private ones that are unaffordable for many people.

"I have reservations about our capacities to deal with this," said Reddy. "Right now our responses are strategic to the extent that our resources permit."