The West Bengal government on Monday announced that the state registered 61 new coronavirus positive cases in the last 24 hours, bringing up the number of total active COVID-19 patients to 908. 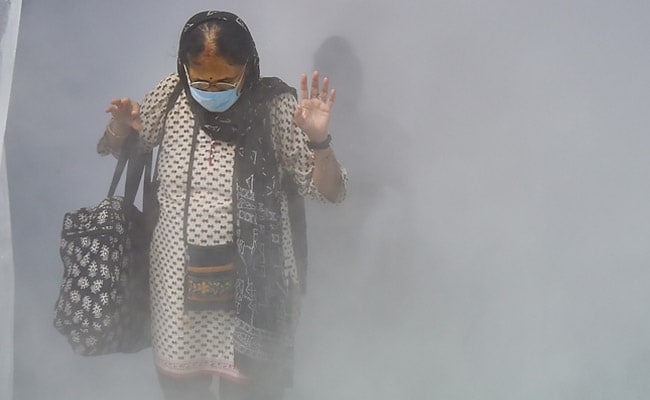 11 COVID-19 patients have died in the last 24 hours raising the total to 61 in West Bengal.

In a first, the West Bengal government on Monday admitted that its system of collating data about COVID-19 cases and deaths was not perfect and that some numbers had slipped through the cracks. But the Chief Secretary Rajiva Sinha steadfastly refused to include in the state's cumulative COVID-19 death count the 72 coronavirus patients labelled by the controversial audit committee as co-morbidity deaths which are linked to COVID-19 but believed to have been caused by pre-existing conditions.

Eleven COVID-19 patients have died in the last 24 hours, the chief secretary said, raising the government death count to 61. This includes 33 coronavirus cases confirmed by the audit committee. If 72 co-morbidity deaths are added, the tally shoots up to 133 but the state is not adding the co-morbidity fatalities.

On April 24, Mr Sinha had said the death audit committee had examined the deaths of 105 COVID-19 patients ever since it was set up on April 3. Of 105, COVID-19 was the cause of death of 33 patients. The rest of the 72 deaths were caused by co-morbidties and COVID-19 was only an "incidental" finding.

Asked about the two sets of figures, Mr Sinha said, "We were not giving two deaths figures. We were giving one death figure that is death due to COVID as given to us by the audit committee."

So, from now on, hospitals will not report the death of COVID-19 positive patients who may have died due to pre-existing, underlying diseases.

Rajiva Sinha on Monday began his press meet on an introspective note. "We have not given figures for the last three days because our reporting structure was very complicated. The cases that came up after we had put out a bulletin were sometimes not recorded even. It was not intentional."

"The arrangement we had started, we thought it was fool proof but all arrangements should be dynamic and improved by our learning," he said, adding. "We have now tried to ensure no figures were lost in the cracks."

The state government on Monday announced that Bengal registered 61 new coronavirus positive cases in the last 24 hours, bringing up the number of total active COVID-19 patients to 908. This number had become the epicentre of controversy since Friday after contradictory figures were put in the public domain by the health secretary and the health department. No data was shared by the state over the weekend.

The Chief Secretary put some of the blame for lapses in the state's data on private hospitals from which, he said, it was less easy to get real time basis data than from state hospitals. "This resulted in a gap in reporting," he said.

The situation has since been fixed. "We are now getting real time figure. Also the issue of finding the missing data. All the missing data had been retrieved. We can give it to you every day," Mr Sinha said.

2 Indian States Go Big On Drug Ivermectin Despite WHO Advice