Test with RT-PCR, track and treat, high-level Health Ministry team tells Delhi, West Bengal and Kerala which are seeing a Covid surge even as cases decline across India. 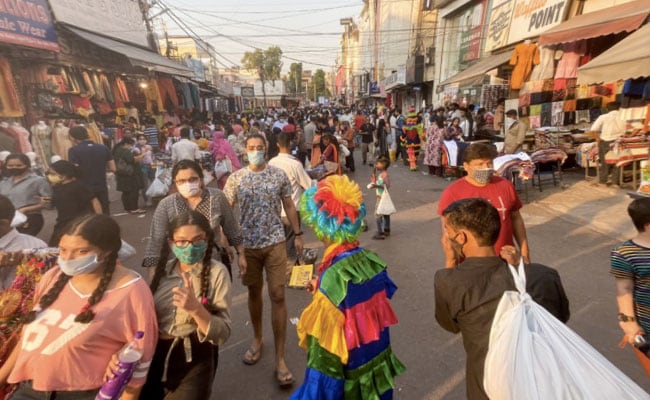 At a high-level Covid review meeting with Union Health Ministry officials today, Delhi blamed air pollution besides a host of other reasons for a 46 per cent rise in coronavirus cases over the past month.

"Spike in cases was due to social gatherings during festivities, deteriorating air quality, increasing incidences of respiratory disorders, workplace infection clusters and fatigue among frontline workers," the Delhi state health officials said voicing experts' concerns ahead of the winter months.

Concerned by the recent case surge in Delhi, West Bengal and Kerala, Union Health Secretary Rajesh Bhushan today discussed containment measures with state officials amid concerns of a third wave of coronavirus in the winter months.

Increase the use of more reliable RT-PCR tests - the gold standard in detecting the novel coronavirus responsible for COVID-19 - they were advised. The recommendation was a reiteration of an earlier guideline issued by the country's top medical body on use of cheaper but less-reliable rapid antigen tests during the September surge.

The states were also advised to be "aggressive" with contact tracing, isolation and "strict perimeter control".

The review came as Delhi, West Bengal and Kerala have bucked the national trend of declining cases with 46 per cent, 23 per cent and 11 per cent rise in cases over the past month, respectively.

Delhi logged a record 5,673 Covid cases in the last 24 hours. It has 29,378 active cases with positivity rate of 7.9 per cent - almost double the national average of about 4 per cent.

West Bengal has been throwing up record numbers of infections for the past month and has 37,111 cases with a positivity rate of 8.3 per cent - a 1 per cent increase in the last four weeks.

Kerala - which logged highest cases in the country over the last 24 hours - also has the highest number of active cases (of the three states) at 93,369. An almost equal number of new cases were recorded in the last 14 days. While its positivity rate stands at three times the national average - 16.5 per cent - its death rate is just 0.34 per cent, a third of the national average.

The Health Ministry did not share responses of West Bengal and Kerala on why cases were rising there.

India's coronavirus cases also rose by 14 per cent to cross the 80 lakh mark in the last 24 hours.