"Significant Effect Unlikely If Doses Mixed": Centre After UP Mix-Up

Earlier this month 20 UP villagers were given Bharat Biotech's Covaxin when they went for their second dose; they were given Covishield on their first visit in early April

Significant adverse effects are "unlikely" if an individual's second Covid vaccine dose is different from the first, the centre said Thursday afternoon, in response to controversy over a group of Uttar Pradesh villagers being given mixed doses at a government hospital in Siddharthnagar district.

"This should be looked into. We will have to wait for more scientific understanding... but even if two doses of two different vaccines are given, this should not be a cause of concern," Dr VK Paul, the Chair of NEGVAC (National Expert Group on Vaccine Administration for COVID-19), said.

"Any significant adverse effect is unlikely... but we need more scrutiny," he added.

Earlier this month 20 UP villagers were given Bharat Biotech's Covaxin when they went for the mandatory second dose. They were administered Covishield on their first visit in early April.

"This is definitely an oversight. There are no instructions from the government to administer a cocktail of vaccines. I have asked for an explanation from those who are guilty. We will take whatever action is possible," Sandeep Chaudhary, the district's Chief Medical Officer, said.

Days before the UP mix-up a 72-year-old Maharashtra man was also given mixed doses; Dattatraya Waghmare said he got Covaxin on March 22 and Covishield on April 30.

Mr Waghmare's son, Digambar, said his father developed minor complications after the second dose, such as mild fever, rashes in some parts of the body and anxiety attacks.

The effectiveness, or impact, of mixing vaccines is still a subject of global research. 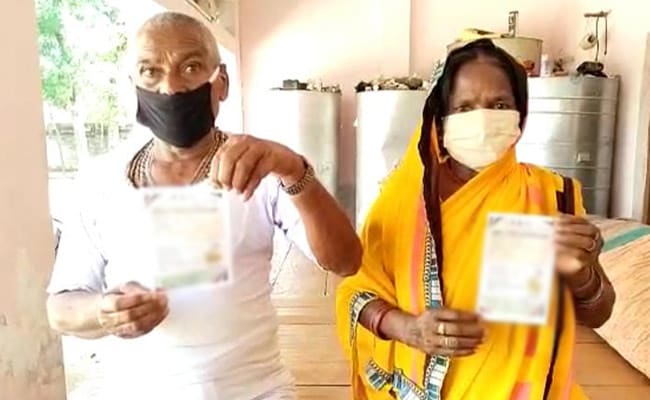 Two weeks ago the preliminary results of a study that mixed doses was published in The Lancet.

People who got a first dose of the AstraZeneca vaccine (Covishield) and a second dose of Pfizer reported more short-lived side effects - most mild - Oxford University researchers reported.

The study has yet to show, however, how well such a cocktail might defend against the virus.

Last week a Spanish study found the same vaccines, given in the same order, was safe and effective.

Only 1.7 per cent of participants reported severe side-effects, which were limited to headaches, muscle pain and general malaise, Dr Magdalena Campins, one of the scientists, told news agency Reuters.

"These are not symptoms that can be considered serious," she said.

Researchers and public health officials across the world are figuring out if mixing vaccines can improve efficacy or help low- and middle-income nations cope with the scarcity of doses.

It is important, however, to note that there are still concerns over possible side-effects and if the cocktail of vaccines will actually protect people from the COVID-19 virus.

The mix-up in Uttar Pradesh was not part of any such study; at least one of the villagers told reporters nobody from the state's health department had checked up on them.

"I found out later I had been administered Covaxin. A doctor told us something wrong happened," Ram Surat, an elderly man, said, adding, "When I went for my second dose no one bothered to check anything. In place of Covishield I got Covaxin. It is scary. I am worried."

If it is possible to mix doses India is likely to be among several countries that will benefit.

The national vaccination drive has slowed in recent weeks (coinciding with the devastating second wave of infections and deaths) over a shortage of doses.

States have reached out to foreign manufacturers to buy vaccines directly but both Pfizer and Moderna have refused to deal with them, citing company policy to say they will only deal with the centre.

At present domestic vaccine production is around 8.5 crore doses per month, of which 6.5 crore are Covishield and two crore are Covaxin. Both are two-dose vaccines, which means being able to mix doses will double, theoretically, the number of people that can be vaccinated in a month.

India has administered over 20 crore vaccine doses so far.

This morning the country reported around 2.11 lakh new COVID-19 cases in the past 24 hours.