Oil firms revise LPG price on 1st of every month based on average benchmark rate and foreign exchange rate in the previous month. 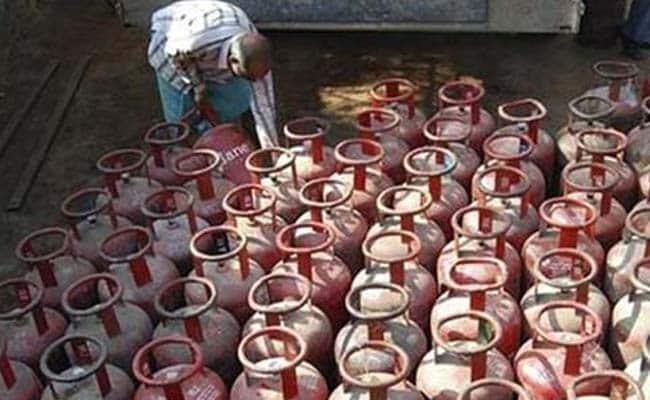 This subsidy amount of cooking gas varies from month to month

Domestic cooking gas (LPG) price was today hiked by Rs 1.49 per cylinder while diesel rates crossed Rs 70 a litre mark for the first time ever on drop in rupee value.

Subsidised LPG with effect from midnight tonight will cost Rs 499.51 per cylinder in Delhi as against Rs 498.02 currently, mainly due to the tax incidence on base price, a statement issued by Indian Oil Corp (IOC), the nation's largest fuel retailer, said.

Diesel rates were hiked by 28 paisa a litre, the steepest increase since the daily revision in fuel rates was effected in mid-June last year.

A litre of diesel now costs Rs 70.21 in Delhi, where the rates are the cheapest in all metros and most state capitals due to lower sales tax or VAT.

All LPG consumers have to buy the fuel at market price. The government, however, subsidises 12 cylinders of 14.2-kg each per households in a year by providing the subsidy amount directly in bank accounts of users.

This subsidy amount varies from month to month depending on the changes in average international benchmark LPG rate and foreign exchange rate.

When international rates move up, the government provides a higher subsidy. But as per tax rules, GST on LPG has to be calculated at the market rate of the fuel. The government may choose to subsidise a part of the price but tax will have to be paid at market rates.

This has led to increase in price.

"While the price of non-subsidised LPG at Delhi will increase by Rs 30.50 per cylinder in September mainly due to change in international price and foreign exchange fluctuations, the actual impact on subsidised domestic LPG customers is only Rs 1.49 per cylinder, which is mainly due to GST," the statement said.

"Thus the domestic subsidised LPG customer is protected against the increase in prices of LPG," it said.

Rates were last revised upward by Rs 1.76 on August 1.

Oil firms revise LPG price on 1st of every month based on average benchmark rate and foreign exchange rate in the previous month.

As a result of higher global rates, the price of non-subsidised LPG in Delhi will increase by Rs 30.50 per cylinder to Rs 829. This increase comes on back of Rs 35.50 per cylinder hike in August and Rs 55.50 in July.