"It does not augur well to disagree with each move of the Centre," Jagdeep Dhankhar said. 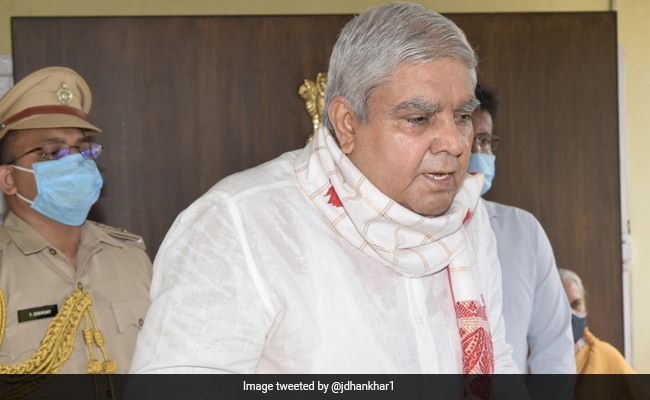 Supporting the Centre's decision to celebrate Netaji Subhas Chandra Bose's birth anniversary as "Parakram Diwas", West Bengal Governor Jagdeep Dhankhar on Saturday said that disagreeing with every move of the Union government goes against the spirit of federalism.

Chief Minister Mamata Banerjee, whose government celebrated the day as "Deshnayak Diwas", slammed the Centre for its decision to observe January 23 as "Parakram Diwas" and said the Narendra Modi government did not consult with her before announcing it.

"Parakram signifies valour which sums up the spirit of the Indian National Army founded by Netaji Subhash Chandra Bose and his tireless effort to unite Indians.

"I think the word "Parakram Diwas" has been arrived at after deliberations and it aptly sums up his valour to unite Indians against the British rule," Jagdeep Dhankhar told reporters during a programme on the occasion at Raj Bhavan.

Asked about the ruling Trinamool Congress's (TMC) opposition to the observance of the day as "Parakram Diwas", the governor said, "It does not augur well to disagree with each move of the Centre. This goes against the spirit of federalism."

Jagdeep Dhankhar, however, did not comment on the observance of the day as "Deshnayak Diwas" by the state government.