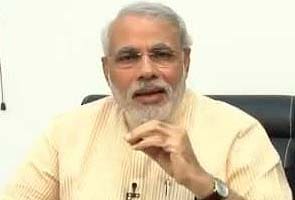 Washington: In a setback to Gujarat Chief Minister Narendra Modi, a group of 25 American lawmakers have urged the US Secretary of State Hillary Clinton to continue denying visa to the BJP leader, stating that his government has not adequately pursued justice for the 2002 riot victims.

"As Mr Modi continues to pursue a potential run for higher office, we believe a change in policy to his request for a visa will only embolden Modi and his government's efforts to obstruct further investigations and the tandem prosecution that have still to be finished to bring the perpetrators to justice," as many as 25 members of the US House of Representatives wrote in a letter to Ms Clinton.

Dated November 29, the letter addressed to Ms Clinton was released to the press on Monday, by Republican Congressman Joe Pitts and Frank Wolf on the eve of their joint press conference at the Capitol Hill with family members of the victims of the 2002 Gujarat riots.

"India is a thriving democracy, and one that is aspiring to a high standard of leadership and progress. It is disturbing that certain parties in India are considering elevating Modi, despite his tie to these attacks. Allowing him to enter the United States will only serve to abdicate his responsibility for the 2002 human rights abuses," the Congressmen said.

Promoted
Listen to the latest songs, only on JioSaavn.com
Observing that the Bush Administration "rightly denied" Modi a visa to enter the United States, the lawmakers said as he is currently seeking support for a possible bid for Prime Ministership, including meetings with leaders of foreign nations, "we expect" that he may again request entry into the United States.