Constitution day was first celebrated in 2015 as tribute to BR Ambedkar. The Parliament and the Rashtrapati Bhawan were lit up in multiple colours on the eve of Constitution Day or Samvidhan Diwas, which is celebrated annually on November 26 to commemorate the adoption of the Indian Constitution.

Constitution day was first celebrated in 2015 as a mark of tribute to India's first Law Minister Bhim Rao Ambedkar, who played a pivotal role in the drafting of the Indian Constitution. The declaration regarding the same was made by Prime Minister Narendra Modi on October 11, 2015, while laying the foundation stone of Statue of Equality in Mumbai.

November 26, which was earlier celebrated as Law Day, marks the day when India had adopted its Constitution back in 1949, more than two years after attaining independence from the British rule. The Constitution came into effect next year on 26 January, 1950, so as to commemorate the pledge of Purna Swaraj, passed in the Lahore session of the Congress on this day in 1930.

In his address to the nation during the 56th edition of the programme ''Mann Ki Baat'', PM Modi had described November 26 as a ''special day for the whole country'' and expressed hope that Constitution Day would reinforce the nation''s obligation towards upholding the constitutional ideals and values. 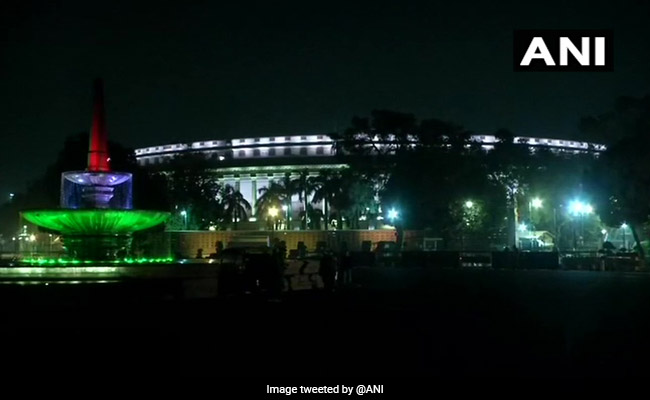 A view of the lit up Parliament house.

"I hope that the Constitution Day reinforces our obligation towards upholding the constitutional ideals and values thus contributing to nation-building. After all, this was the dream of the makers of our Constitution," PM Modi said.

Both PM Modi and President Ram Nath Kovind are slated to address a joint session of Parliament on November 26. Besides, the Bharatiya Janata Party will organise a 10-day long programme on the occasion.

Some opposition parties will likely boycott President Kovind''s address during the joint session of Parliament. The parties are also planning to protest in front of the Ambedkar Statue inside the Parliament complex against the political developments in Maharashtra.