Lucknow: Senior Samajwadi Party leader Shivpal Yadav on Sunday said his cousin Ram Gopal Yadav has been sacked from the party for conspiring with the BJP. His own sacking from the state cabinet, he said,  was a fallout of that conspiracy.

Addressing the media after being dropped from cabinet by Chief Minister Akhilesh Yadav, Shivpal said Ram Gopalji has met a major leader of the BJP three times.

"He is doing this because his son Akshay Yadav and daughter-in-law are caught in a scam. To save them, they are conspiring with the BJP. They are on a mission to weaken Netaji and the Samajwadi Party," he said. The Chief Minister, he added, doesn't understand these conspiracies even though he should.

This, he said, was the time to strengthen the party and he said he would contest the elections under the leadership of brother and party chief Mulayam Singh Yadav.

Ram Gopal Yadav, a Rajya Sabha member, said he was shocked to see the reasons given for expelling him from the Samajwadi Party. 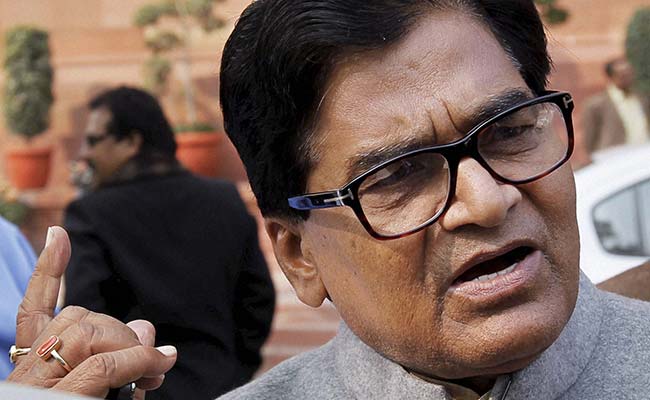 Ram Gopal Yadav who is a Rajya Sabha member, was shocked by the reasons given to sack him.

Denying there was any CBI investigation against his son or any other family member, he said, "In public life one meets people from other parties too... So if I met some BJP leaders, why draw a political meaning?" he asked.

Siding with Akhilesh Yadav, Ram Gopal Yadav wrote a letter to party workers on Sunday morning, saying its future lay with the Chief Minister. While no one had been specifically targeted, the letter spoke of people who had a negative mindset, "minted crores of rupees and misused power".

The sacking of Shivpal Yadav twice in as many months is seen as Akhilesh Yadav's retort to his father, Samajwadi Party chief Mulayam Singh Yadav, who has been promoting his brother Shivpal over his son in the run-up to next year's assembly elections.

Promoted
Listen to the latest songs, only on JioSaavn.com
However, Akhilesh Yadav has said, "Mulayam Singh is my father. I'll serve him all my life. I don't want to split the party."

In September, Akhilesh Yadav had dropped Shivpal from the cabinet after he had crafted an alliance with gangster-turned politician Mukhtar Ansari. But he was forced to restore him to cabinet and let the alliance stand after Mulayam Singh intervened.