Maharashtra Polls 2019: Sanjay Nirupam has gone public with his resentment against Congress for ignoring his recommendations for candidates for the October 21 election in the state. 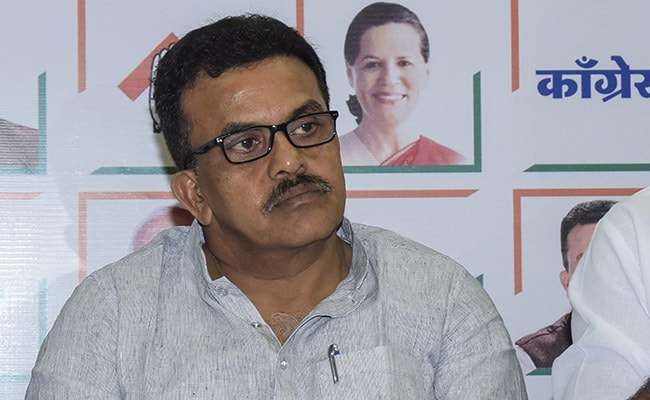 Congress leader Sanjay Nirupam declared on Thursday that he would not campaign in the October 21 Maharashtra election as "it seems the party does not want my services anymore." The former Mumbai Congress chief stopped short of quitting the party, but hinted that the day was not far "with the way the leadership is behaving with me".

The three-time MP's rebellion hits the party at a time many of its leaders in Maharashtra have crossed over to the ruling BJP-Shiv Sena camp. He is reportedly upset that the party rejected a candidate he had suggested.

Sanjay Nirupam, 54, was removed as the chief of the Congress in Mumbai just before the national election earlier this year and replaced by arch rival Milind Deora. After the Congress's disastrous national election outing, in which the party was wiped out in Mumbai, Mr Deora, too, resigned. Sanjay Nirupam mocked him, questioning whether the resignation was a "ladder to grow politically" and suggesting that Mr Deora was angling for a central job.

With the Maharashtra election just weeks away Mr Nirupam today went public with his resentment against his party bosses, accusing them of ignoring his recommendations for candidates.

"It seems Congress Party doesn't want my services anymore. I had recommended just one name in Mumbai for Assembly election. Heard that even that has been rejected. As I had told the leadership earlier,in that case I will not participate in poll campaign. It's my final decision," he tweeted, exposing the worsening crisis for the Congress on the verge of polls.

"I hope that the day has not yet come to say good bye to party. But the way leadership is behaving with me, it doesn't seem far away," he said in another tweet.

It seems Congress Party doesn't want my services anymore. I had recommended just one name in Mumbai for Assembly election. Heard that even that has been rejected.
As I had told the leadership earlier,in that case I will not participate in poll campaign.
Its my final decision.

Sanjay Nirupam, who quit the Shiv Sena 14 years ago and joined the Congress, has been ranged against various Mumbai Congress leaders, including Milind Deora and Priya Dutt, for some time. Seen for years by his critics as an "outsider", the Bihar-born politician had been Mumbai Congress chief since 2015, a year after he lost his Mumbai North parliamentary constituency in the Lok Sabha polls that brought the BJP in power.

Last month, Congress infighting was in the spotlight again after actor-turned-politician Urmila Matondkar quit the party blaming "vested interests" of using her as a means to fight petty in-house politics.

Ms Matondkar, who failed to win her debut election from the Mumbai North constituency, alleged that Congress leaders responsible for her defeat had been rewarded with new positions. Known to have been brought to the party by Mr Nirupam, Ms Matondkar reportedly saw two of his aides as the reason behind her loss.