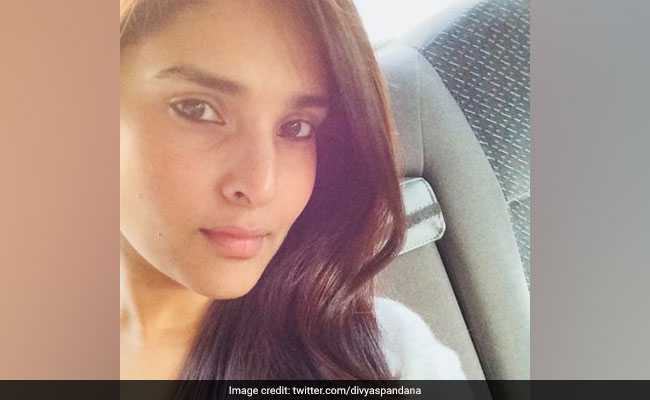 Congress spokesperson Divya Spandana is no longer on Twitter. Her profile page on the microblogging website says "This account doesn't exist", days after she posted a congratulatory tweet to BJP leader Nirmala Sitharaman for becoming the first woman finance minister since 1970, when Indira Gandhi held the portfolio.

It is unclear whether Divya Spandana's vanishing act from Twitter has any link to the Congress's month-long ban on spokespersons appearing on television debates. "All media channels/editors are requested to not place Congress representatives on their shows," the party's spokesperson Randeep Surjewala had tweeted on Thursday.

The Congress's media wing declined to comment on why Ms Spandana has deleted her account or whether it was part of the party's one-month silence plan, news agency ANI reported.

On whether she has parted ways with the Congress's social media team after the party's poor performance in the national election, Ms Spandana told ANI, "Your source is wrong". 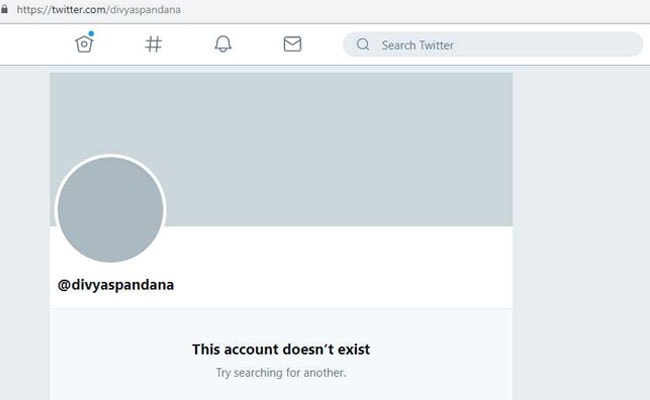 Ms Spandana was seen as instrumental in bringing a turnaround of the Congress's social media presence and in catching up with the BJP that already had a strong online presence.

The tweet by Ms Spandana congratulating Nirmala Sitharaman on her new role in the new cabinet of Prime Minister Narendra Modi had also referred to the slump in the country's economic growth. "Congratulations @nsitharaman on taking charge of a portfolio that was only last held by another woman, Indira Gandhiji in 1970 - makes us womenfolk proud! The GDP not looking great, I'm sure you will do your best to revive the economy. You have our support. Best wishes," the Congress leader had tweeted.

The top leaders of the Congress including Sonia Gandhi and her son Rahul Gandhi have held several meetings to discuss a way forward for the party after the National Democratic Alliance swept the national election and the Congress was limited to 52 seats in the 543-member Lok Sabha. Rahul Gandhi has told the party he will not continue as its chief and has refused to change his mind despite partymen pleading with him.