Following the notice, Alka Lamba took to Twitter and said she did not fear the threat of the AAP government in Punjab. 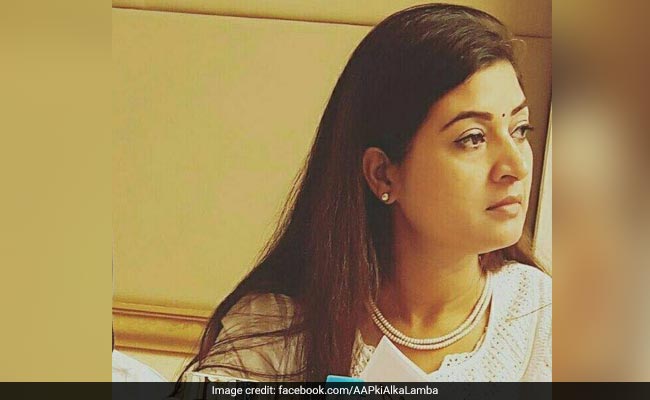 The Punjab Police summoned Congress leader Alka Lamba to appear before the special investigation team at Sadar Rupnagar police station on April 26 in connection with her alleged derogatory statement against Delhi Chief Minister Arvind Kejriwal ahead of Punjab Assembly polls.

"You have been nominated as an accused. During the investigation, it is revealed that there are reasonable grounds to question you to ascertain facts and circumstances from you. Hence you are summoned to appear in person before Special Investigation Team at 10.00 am on or before April 26 at Police Station Sadar Rupnagar for purpose of Investigation," read the Punjab Police notice to Ms Lamba on Wednesday.

Following the notice, Ms Lamba took to Twitter and said she did not fear the threat of the AAP government in Punjab.

"Punjab Police has pasted the notice on the wall of the house and threatened on the behalf of Bhagwant Mann-led AAP government that if I do not appear in the police station on April 26, then the consequences will be bad. This Gandhian soldier of Congress was not afraid of big Sanghis. Now there is no question of fearing the little Sanghi," Ms Lamba tweeted in Hindi.

Punjab Police on Wednesday filed an FIR against Kumar Vishwas in Rupnagar town for 'inflammatory statements' against AAP convener Arvind Kejriwal in the run-up to the February 20 state assembly elections.

Vishwas, who was a founding member of the Aam Aadmi Party had alleged that Kejriwal had connections with separatists in Punjab, and those having sympathy with separatists used to come to his house for meetings during the last assembly polls.