Congress Wins All 4 Seats In Students' Union Elections In Varanasi 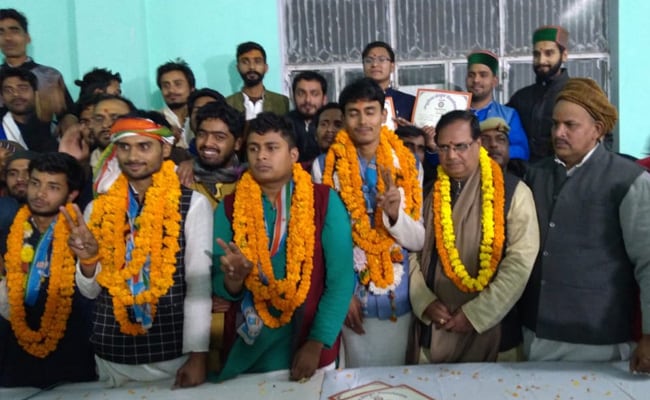 The student wing of the Congress, the National Students' Union of India (NSUI) registered a victory on all the four seats in the students' union elections in Sampurnanand Sanskrit Vishwavidyalaya in Varanasi.

For the post of General Secretary Avnish Pandey got 487 votes while his rival Gaurav Dubey could manage to secure 424 votes. Rajnikant Dubey got 567 votes for the post of Librarian while his rival Ajay Kumar Mishra got 482 votes whereas Ashutosh Upadhaya, Shiv Om Mishra and Arpan Tiwari got 227, 106 and 21 votes respectively.

Prof Shukla said the winning candidates should not take out any procession in the campus to refrain themselves from dispute.

The winning candidates were sent to their homes in police security.