Congress Was Not Interested In Forming Government: Subhash Shirodkar

Shirodkar also said the Congress never had the numbers to form government in the state and that its previous bid to stake claim for power was "merely a strategy" to keep party members together. 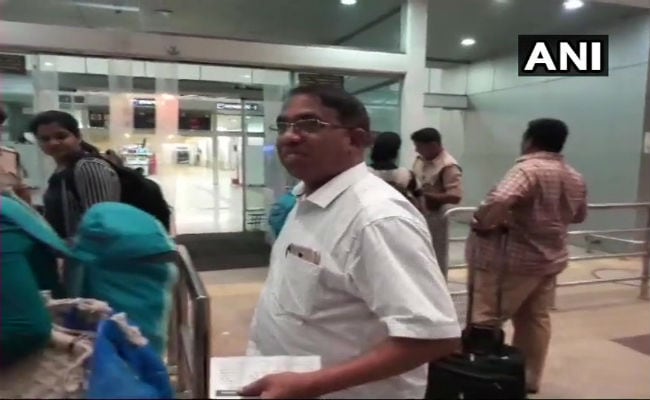 Shirodkar and another Congress legislator Dayanand Sopte resigned on Tuesday

Former Goa minister Subhash Shirodkar, who quit the Congress to join the ruling BJP, claimed on Wednesday that the opposition party was never interested in forming government in the state because of the factions within it.

Mr Shirodkar also said the Congress never had the numbers to form government in the state and that its previous bid to stake claim for power was "merely a strategy" to keep party members together.

Regretting that he "wasted" 20 months in the party, he said he now feels he should have quit the Congress last year, soon after the state polls were held.

Mr Shirodkar and another Congress legislator Dayanand Sopte resigned on Tuesday as members of the state assembly and also from the party's primary membership. Both later joined the BJP.

He said the Congress, which had won 17 seats after the assembly elections in March last year, was "never interested in forming the government" because of the factions within the party.

"There are at least three-four leaders in the Congress who want to become chief minister. They will never arrive at a consensus," he told PTI in Panaji.

Mr Shirodkar, who was a part of the Congress delegation that met Governor Mridula Sinha to stake claim to form the government last month, said, "It was merely a strategy of the party to keep its flock intact. They also wanted to send a signal to BJP's allies. They never had the numbers."

He now feels he should have taken the step of quitting the Congress long back.

"When Vishwajit Rane left the Congress soon after the 2017 polls, I should have also left with him. I wasted one year and eight months," said Mr Shirodkar, who won five times from the Shiroda constituency in North Goa district.

Soon after the polls last year, Mr Rane, who was elected on Congress ticket from the Valpoi seat, had resigned as an MLA and from the party before Manohar Parrikar could prove his majority in the House. He later joined the BJP.

Mr Shirodkar said he was impressed by Mr Parrikar's work style and the way BJP was implementing infrastructure projects in the state.

"I did not want to keep my constituency devoid of development, that is why I decided to join the BJP," said Mr Shirodkar, who was minister in several Congress-led state governments.

He said he will remain in BJP "till the end of his political career".

The resignations of Mr Shirodkar and Mr Sopte reduced the Congress's strength from 16 to 14 in the 40-member House.

The Congress now ceases to be the single largest party in the Assembly, whose effective strength now stands reduced to 38.

The development assumes further significance as it comes at a time when Goa is witnessing hectic political activity against the backdrop of the ill-health of Mr Parrikar.

In the Goa Assembly, the Parrikar government has the support of 23 MLAs. They comprise 14 from the BJP, three each from Goa Forward Party and Maharashtrawadi Gomantak Party, and three Independents.

The Congress had emerged as the single largest party in the fractured verdict thrown up in the assembly elections last year, but it failed to form the government as it could not muster the majority.

Since then, it has been laying claim to form the government, arguing it was the single-largest party.