Priyanka Gandhi Vadra Lucknow roadshow: Ahead of Lok Sabha election 2019 the Congress rolled out its mega rally in Uttar Pradesh. Ms Gandhi was greeted by hundreds of Congress workers.

Priyanka Gandhi Vadra drew big crowds in Uttar Pradesh's Lucknow on Monday as she launched her campaign for the national election with a roadshow two weeks after her debut in politics. Priyanka Gandhi, along with her brother and Congress president Rahul Gandhi and fellow UP in-charge Jyotiraditya Scindia waved at hundreds of supporters from the top of a modified truck that was decorated in party colours.

As low-hanging electricity wires in the congested city forced the Gandhi siblings to switch to an SUV, they sat cross-legged on its roof and resumed their journey. They also stopped for hot tea and little chats on the way; near a decades-old cinema theatre Congress workers surrounded their car.

47-year-old Priyanka, no stranger to roadshows with her brother, is campaigning for the first time outside the Gandhi family constituencies of Amethi and Raebareli. For the first time in decades, the party managed to generate a buzz in UP, that too in its capital, which has voted the BJP in every election since 1991.

"Priyanka and Scindia-ji will work for the Lok Sabha election but their mission goes beyond that to the assembly polls. We will not relent until we establish a Congress government in UP," said Rahul Gandhi in course of the roadshow, stressing that his party was in UP for the long-haul. He threw in his oft-repeated "Chowkidar chor hai", targeting Prime Minister Narendra Modi on corruption. The chant, picked up by the workers, followed them for much of the journey. 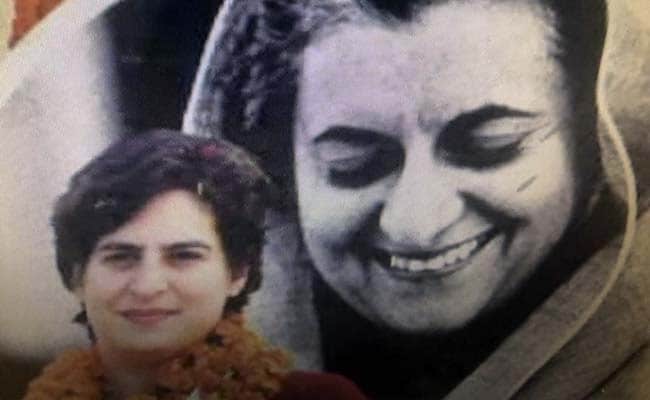 Priyanka Gandhi Vadra has a striking resemblance to Indira Gandhi

Priyanka, dressed in a light green kurta-churidar, folded her hands or flashed a thumbs up sign as supporters, accompanied by drummers, cheered and shouted slogans. Among the kaleidoscope of posters and billboards lining the roads were those featuring her grandmother Indira Gandhi, playing on her striking resemblance to the former prime minister.

As she campaigned in UP, her husband Robert Vadra travelled with his mother Maureen Vadra to Jaipur for questioning by the Enforcement Directorate tomorrow in a money laundering case. Last week, Priyanka, taking her first big stand after joining politics, expressed support for her husband. Today, Robert Vadra posted his wishes on social media, saying "we hand her over to the people of India. Please keep her safe."

The Congress hopes Priyanka's entry into politics will improve its chances in Uttar Pradesh, the state which has the highest number of seats in parliament and which the BJP swept in the 2014 national election, winning 73 of 80 seats. Her older brother announced her political debut as the party's general secretary in-charge of eastern Uttar Pradesh two weeks ago. Jyotiraditya Scindia will be in charge of the other half of the state.

"...I hope that we can all come together to bring about a new kind of politics. A kind of politics in which all of you will be stakeholders," Priyanka said in an audio message through the party's Shakti App on Sunday. 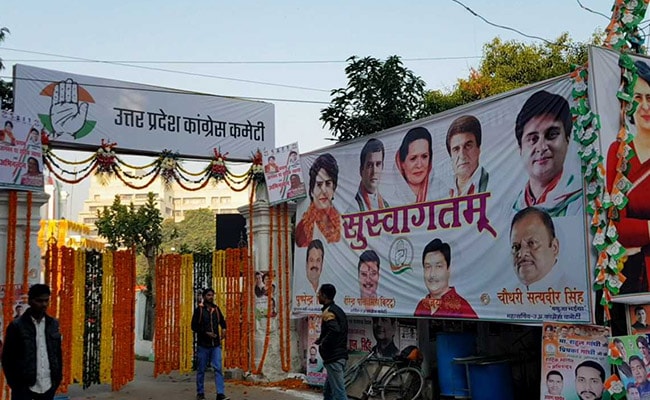 The roadshow took a 20 km route through some of the most congested areas of the city.

Over the next three to four days, Priyanka Gandhi is likely to frequent the party office and chair daily meetings on specific constituencies of the 40-odd Lok Sabha seats that she is in charge of. Congress sources say after Lucknow, she may tour eastern Uttar Pradesh before returning to Delhi.

Priyanka Gandhi is pitched as a big draw with her charisma and voter connect, but her Congress rescue mission remains a colossal challenge in the state where the party is of little relevance but for a "vote-cutting" impact on other parties.

The party flopped miserably in its last two poll outings, in the Gorakhpur and Phulpur by-elections. Its candidates managed only about 19,000 votes each and a 2 per cent vote share in each constituency.

In 2014, the Congress just managed to retain the Gandhi family constituencies of Amethi and Raebareli - as compared to the 21 it had won five years earlier. The party's vote share also dropped by almost 50 per cent between 2009 and 2014.

Sources say the party decided on Priyanka Gandhi's role after much thought.

Eastern UP is home to Prime Minister Narendra Modi's Varanasi constituency and Chief Minister Yogi Adityanath's base Gorakhpur. In the past, Allahabad (or Prayagraj, as it is called now) was Lal Bahadur Shastri's Lok Sabha seat and home to the Nehru family. Neighbouring Phulpur was the Lok Sabha seat of Jawaharlal Nehru, India's first prime minister and the Gandhi siblings' great-grandfather.