Prime Minister should provide more central assistance to the state as the Rs. 500-crore aid was "too little, too late", says Congress. 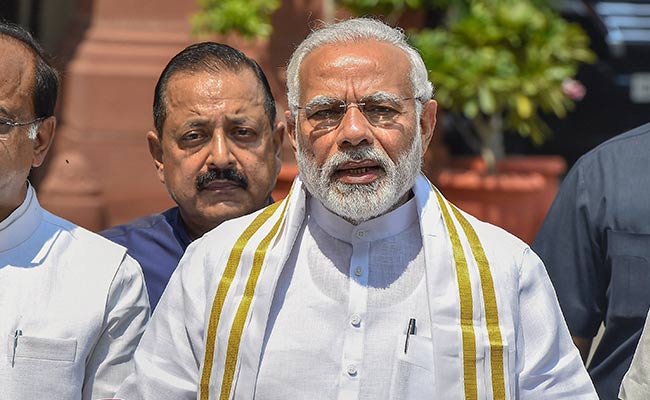 The Congress today hit out at Prime Minister Narendra Modi, alleging that he was playing politics on the issue of flood relief, and asked him to show large-heartedness in providing more central assistance to flood-hit Kerala as the Rs. 500-crore aid was "too little, too late".

"The large-heartedness Prime Minister Narendra Modi shows in self promotion, advertisement and propaganda, he should show the same large-heartedness towards Kerala in giving the relief fund and providing the assistance that it requires.

"...(the aid announced by the prime minister) is a classic case of too little, too late. A state which is witnessing a disaster of over Rs. 19,000 crore has only got a paltry sum of Rs. 500 crore from Narendra Modi who has spent Rs. 5,000 crore on his self-promotion and publicity, Rs. 35 crore on his fitness videos, Rs. 1,100 crore on BJP headquarters," he said.

Mr Shergill said everybody in the nation has risen to the occasion to help Kerala except Narendra Modi, "who is busy playing petty politics in such a disaster".

He said the Prime Minister by "mistreating" Kerala by not extending a helping hand has once again displayed that "he does not believe in the spirit of cooperative federalism or the spirit of 'Team India'."