Congress said the BJP government is helping Chinmayanand in every possible way. and attacked the government over the extortion charges and arrest of the woman. 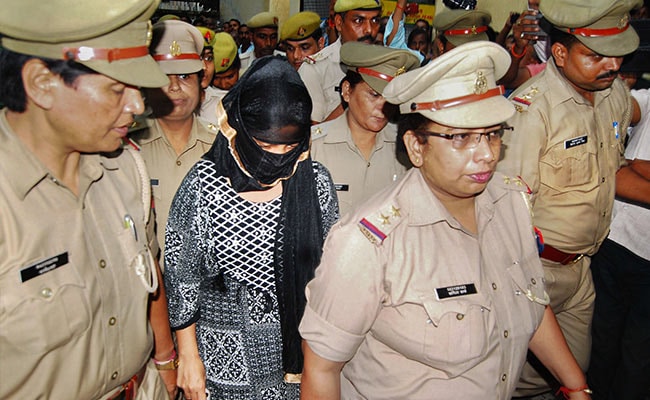 The Congress will take out a "Nyay Yatra" from Shahjahanpur to Lucknow on Monday in order to ensure that justice is delivered to the woman who has accused former Union minister Chinmayanand of raping her and was later arrested in an extortion case, the party said on Sunday.

"The BJP government is helping Chinmayanand in every possible way. It has slapped extortion charges on the woman and arrested her, so as to weaken the case against Chinmayanand. In order to ensure delivery of justice to the woman, the Congress will take out a 180-kilometre-long march from Shahjahanpur to Lucknow on Monday," said, Aradhana Mishra, deputy leader of the Congress Legislative Party (CLP) in the Uttar Pradesh Assembly.

All the senior leaders of the party from the state will participate in the march, she said.

"The Congress demands that the hearing of the rape case against Chinmayanand be taken up in a fast-track court," she said, adding that the priority of the opposition party was to ensure that justice was delivered to the woman.

"This fight will be fought by the party from the streets to the state Assembly. The fight for justice will commence from Shahjahanpur on September 30," Ms Mishra said.