Congress Thought It Lost Another Legislator To BJP. He Was In The Pool

A frantic search was promptly launched across the hotel in Hyderabad's Banjara Hills, considered one of the country's most expensive localities. 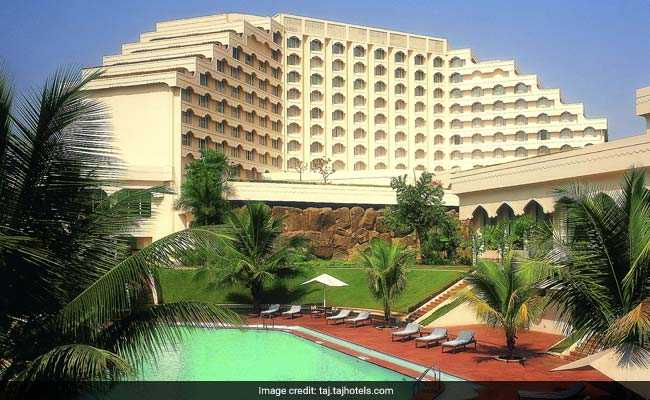 A frantic search was promptly launched across the hotel in Hyderabad's Banjara Hills.

Bengaluru: It had been a long overnight journey but as the private bus rolled into Hyderabad's luxury hotel Taj Krishna, it seemed worth the effort. In Bengaluru, the Congress-Janata Dal Secular (JDS) combine had worried sick about efforts to bribe or threaten their freshly-minted legislators to cross over to the BJP, and Hyderabad seemed like a safe location.

It was, and the party wasn't taking any chances.

They also got the legislators to surrender their mobile phones so that no one could reach out to them ahead of Chief Minister BS Yeddyurappa's confidence vote.

The scare came much later.

Sometime during the day, Congress leaders tasked to track the legislators in figured that they were missing one legislator. A frantic search was promptly launched across the hotel in Hyderabad's Banjara Hills, considered one of the country's most expensive localities.

"We searched everywhere for him, from the bar and restaurants to the washrooms but could not find him," a Congress leader told NDTV. Someone checked with the bouncers too to inquire if he had been spotted leaving the hotel.

The search ended at the swimming pool. "There he was, chilling," the leader said, as he prepped for another overnight bus journey on Friday, this time back to Bengaluru some 600 km away.

The Congress had drawn up an elaborate plan to fly back the lawmakers to Karnataka but then, had second thoughts. Someone pointed out that this would place them at the mercy of the aviation authorities who could cite technical issues to delay their departure, arrival or even divert the flight.

A similar plan to fly out the legislators out of Karnataka yesterday had already failed.

A bus ride, on the other hand, was not just a fail-safe mode of transport. It would also make sure that the lawmakers reach just a few hours before the assembly session starts at 11 a.m.

Already, the Congress and Janata Dal Secular, which made a joint bid for power after the BJP emerged as the single largest party in last week's Karnataka assembly elections, have been struggling to keep their flock together.

Before he took a flight to Bengaluru, the alliance's presumptive chief minister HD Kumaraswamy told reporters that two legislators of his party had already been "hijacked".

"We know that two MLAs were hijacked from Bengaluru. One MLA is in touch with us. Tomorrow morning they are going to join our camp," he said.

Promoted
Listen to the latest songs, only on JioSaavn.com
The BJP emerged as the single largest party in last week's assembly elections with 104 seats, followed by the Congress with 78, the JD(S) with 37. Three seats have gone to others in the 224-member assembly. Elections were only held for 222 seats.

The half-way mark for Saturday's confidence vote is going to be 111 if none of the elected legislators absent themselves. Mr Kumaraswamy had won from two seats.
Comments
Karnataka Election ResultCongress-JDS AllianceBJP