The government has a completely blind eye towards crime against women and they are instead protecting their leaders, Congress spokesperson Sharmistha Mukherjee said 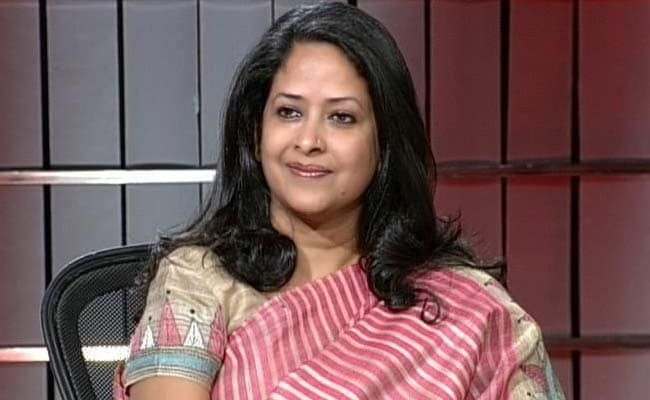 The Congress today accused the BJP government in Uttar Pradesh of supporting rape accused former minister Swami Chinmayanand and questioned the "silence" of Prime Minister Narendra Modi and senior women leaders of the ruling party on no action against him.

Congress spokesperson Sharmistha Mukherjee said by taking no action against the accused in the rape case it has become clear that the BJP is standing with Chinmayananda and is not inclined to provide justice to the victim, who has come out in the open with details of the crime.

Congress national secretary Pranav Jha also asked, "Will the prime minister take action against those committing crimes against women or remain silent and sidestep questions raised by the opposition."

Ms Mukherjee said Modi government is talking about ''Beti Bachao, Beti Padhao'' on one hand, while on the other hand it is "busy protecting those committing crimes against women".

She alleged that of the total budget allocated under the ''Beti Bachao, Beti Padhao'' scheme, as much as 40 per cent has been spent on publicity and only 19 per cent has been released to states for distribution among the affected women.

"We would like to ask the government what concrete measures have they taken to ensure the safety and security of women in the country. What is the government doing to prevent crimes against women," she asked.

Another Congress leader Supriya Shrinate also asked why the senior women leaders in the BJP are silent on Chinmayanand case.

She asked who is behind Chinmayananda and why he was not being arrested despite the victims making public the charges against him.

Earlier today, Congress leader Priyanka Gandhi Vadra also slammed the BJP government and the police in Uttar Pradesh over the Chinmayanand case, saying they were repeating the "negligence" shown and "protection" given to the accused in the Unnao rape case.

Her allegations came a day after the student, who has levelled rape charges against former Union minister Swami Chinmayanand, threatened to set herself on fire if the Bharatiya Janata Party (BJP) leader was not arrested immediately.

The student also asked if the government was waiting for her to die even after her statement was recorded before a magistrate.

The police had earlier registered a case of criminal intimidation and abduction on a complaint lodged by the student's father.

Later, the student, who studied in a college run by an organisation led by the BJP leader, also accused him of rape and "physical exploitation" for over a year.