The Modi government formulates schemes just for the benefit of industrialists and the farmers have no trust in the dispensation, Sachin Pilot alleged. 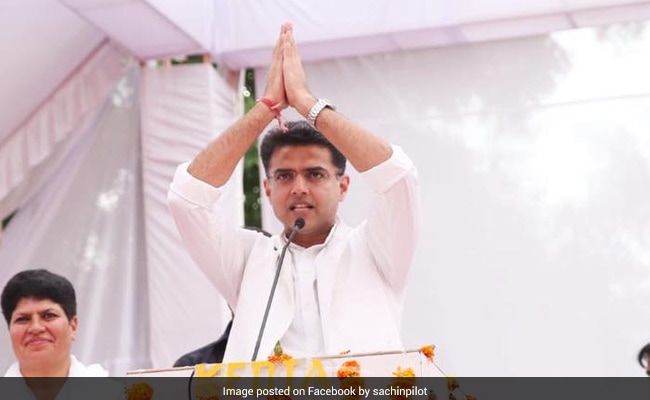 Congress leader Sachin Pilot on Tuesday exuded confidence that the Grand Alliance, involving his party and the RJD, will form the government in Bihar after the upcoming assembly elections.

The former deputy chief minister of Rajasthan said he will go to Bihar for campaigning.

Sachin Pilot said Bihar Chief Minister and JD(U) President Nitish Kumar's claim of "good governance" has already been exposed. "He did not care for the labourers and students who were stranded outside Bihar during the COVID-19 lockdown."

"The election campaign of the Congress and RJD is going well and a change will take place in Bihar with the Congress-RJD alliance forming the government," he told reporters.

Targeting the BJP-led government at the Centre over the issue of farm laws, Mr Pilot said there is no minister in the central Cabinet who can raise a voice for the cause of farmers.

The Narendra Modi government formulates schemes just for the benefit of industrialists and the farmers have no trust in the dispensation, he alleged.

About the six civic body elections in Jaipur, Jodhpur and Kota to be held on October 29 and November 1, Sachin Pilot said the Congress will form boards in all the municipal corporations.

The names of candidates for the elections were finalised after due consultation and discussions, he said, adding, "Those who have been given tickets are party workers. The tickets were given on the basis of feedback, chances of win, etc. The party has also sent observers."

On the issue of the AICC committee which was formed to look into the issues raised by him and other MLAs in August after his rebellion, Mr Pilot said that the committee will soon come to a conclusion.

"Whatever discussion they have to do, they are doing it. Everything is in their knowledge. Very soon, the committee will come to a conclusion and we should all wait for that," he said.

Karnataka Cabinet Expansion To Be Finalised In 3 Days: BS Yediyurappa