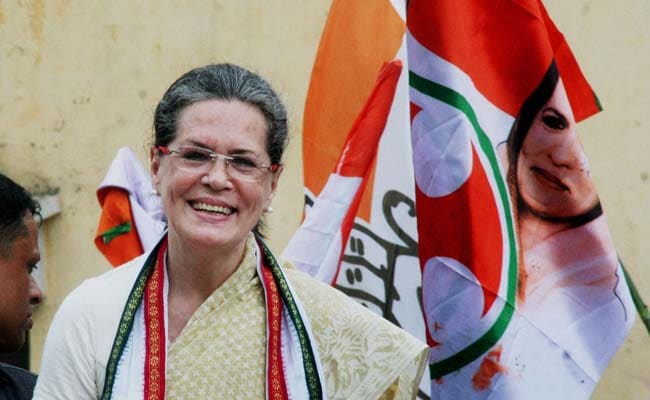 69-year-old Gandhi was admitted to the hospital after being taken ill during a roadshow in Varanasi.

New Delhi: Congress president Sonia Gandhi was today discharged after 11 days of hospitalisation after being treated for her illness and shoulder injury.

The Sir Ganga Ram Hospital, where she was admitted on August 3, said her medical condition was stable and has been advised rest.

"Sonia Gandhi's medical condition at the time of discharge from the hospital is stable. She has been advised rest and continuation of medicines. Ms Gandhi is likely to visit the hospital for further evaluation of her condition in the coming week," said D S Rana, Chairman of Board of Management of the hospital.

69-year-old Gandhi was admitted to the hospital after being taken ill during a roadshow in Varanasi.

She had undergone a surgery on her left shoulder on August 3 and doctors said she has recovered from the injury.

Ms Gandhi was admitted under the care of Arup Basu, senior consultant, Department of Pulmonology and Chest Medicine and his team.

She was operated for her shoulder injury at the hospital by Prateek Gupta, senior consultant and his team from Department of Orthopaedics and Sanjay Desai from Mumbai.

Ms Gandhi was shifted to the Sir Ganga Ram Hospital from the Army Research and Referral Hospital, where she was rushed soon after her arrival from Varanasi around midnight of August 2.

The Congress president had to cut short her roadshow in Varanasi after she was taken ill. She had fractured her left shoulder during the roadshow.