Rahul Gandhi alleged there was "corruption" in the Rafale deal and Rs 30,000 crore had been wrongfully given to Anil Ambani 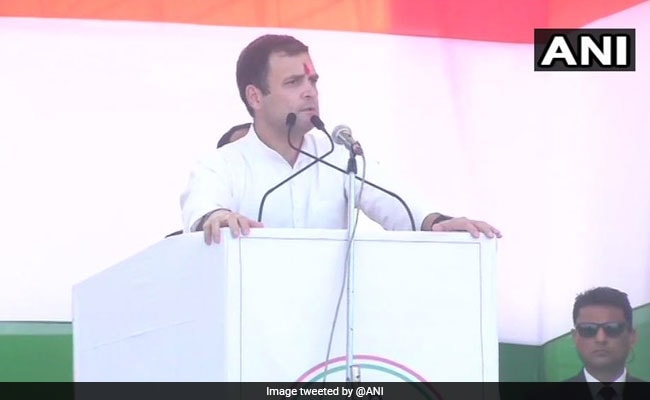 Addressing the party's Parivartan Ulgulan Maha Rally at Ranchi's Morabadi Ground, Mr Gandhi alleged there was "corruption" in the Rafale deal and Rs 30,000 crore had been wrongfully given to Anil Ambani.

"Vaayu Sena desh ki raksha karti hain aur hamare PM use chori karti hain (The IAF defends our country but the PM has stolen money from the force)," he said.

The Congress chief alleged that the PM Modi had waived Rs 3.5 lakh crore loan of industrialists, but not for farmers, students and shopkeepers.

He further alleged the Prime Minister not only robs the IAF but also steals money from farmers, small businessmen, and other common people.

IAF on February 26 targetted training camps of Jaish-e-Mohammad led by Masood Azhar at Balakot in Pakistan's Khyber Pakhtunkhwa province in retaliation of Pulwama terror attack on February 14, in which 40 CRPF jawans were killed.

Initially, the people used to say,"Acche din aayenge. Now, everybody says ''Chowkidar Chor Hai.'' What they did in these four and a half years that the people were forced to change the slogan," he asked.

Claiming the Congress waived off farmers loans, he said, "Prime Minister Modi can waive off the loans of his 15 friends but cannot do the same for poor, farmers and others. He has waived a loan of Rs 3.5 lakh crore of his 15 friends, but that amount does not include the waiver of any farmer or poor."

"We waived off the loans of farmers in Madhya Pradesh, Chhattisgarh and Rajasthan within 10 days of coming to power," he said.

Mr Gandhi also said if his party is voted to power, it will give minimum guarantee income.

The money will be transferred directly to the accounts of the poor, he added.