"Congress On Ventilator, No Plasma, Remdesivir Can Save It": AAP Leader

AAP spokesperson Raghav Chadha said neither the Congress has any future nor can it give any future to this country and his party. 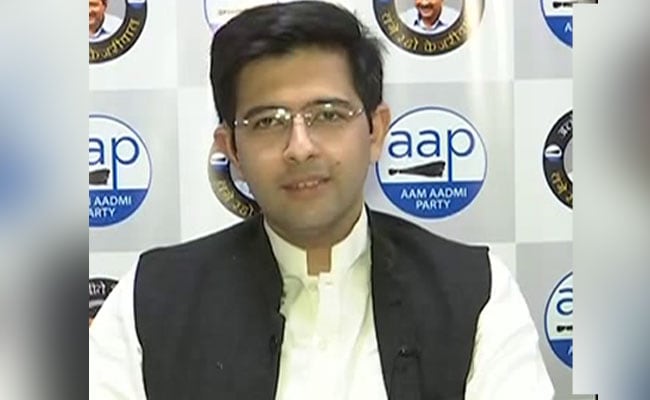 No plasma therapy or Remdesivir can save Congress from the impending death, he said.

Amid the political turmoil in Rajasthan, the AAP on Thursday sought to project itself as an alternative, saying the Congress is on "ventilator" and is unlikely to survive while accusing the political parties of playing "dirty politics" at a time when the focus should be on battling the COVID-19 pandemic.

Addressing the media, AAP spokesperson Raghav Chadha said neither the Congress has any future nor can it give any future to this country and his party, with fresh blood and invigorating force, needs to step up and become the alternative.

Hitting back, the Delhi Congress chief Anil Chaudhary tweeted, "Anyway, if you vote for Kejriwal, you get Amit Shah (BJP leader and Home Minister) to rule Delhi, Congress cannot offer such a dual offer."

Mr Chadha said political parties are busy with dirty politics at a time when the focus should be on fighting the COVID-19 pandemic.

"Entire India is witnessing a political drama unfolding in Rajasthan. People of our country are hurt to see this kind of dirty politics. It is a sad spectacle to witness that parties are busy playing dirty politics at a time when this pandemic crisis looms overhead," he told reporters.

Mr Chadha further said the AAP is the only alternative left as the Congress party is on "ventilator" and unlikely to survive.

"The voters of India are very much saddened by the state of our democracy because it doesn't matter whom they cast their vote for, because of this new dirty politics of BJP and Congress. Congress neither has any future nor can it give any future to this country.

"Today, it is clear that the Congress party is on a ventilator. No plasma therapy, hydroxychloroquine, or Remdesivir can save this political party from the impending death," said Mr Chadha.

People have hopes from the AAP and they see it is as alternative, Mr Chadha claimed.

"Time will tell whether or not the Aam Aadmi Party can perform according to the expectations and the hopes of the people of India.

"We understand that the AAP does not have huge organizational strength across the country, but we also understand that the people of India have realized that we are the only alternative in front of them with their hopes and expectations pinned on AAP," he added.

He said the 125-year-old Congress party has become "old and has completely collapsed".

Chadha said AAP needs to step up and become the alternative.

"Right now the people of India are looking at the Aam Aadmi Party with hope because AAP is the only alternative in front of people.

"People want to know whether the AAP has the capability or the vision to take responsibility for these hopes and to work accordingly. Right now, AAP is the only political party which has fresh blood and invigorating force, the courage to fight and work, honesty, and enthusiasm," said Mr Chadha.