Sujay, the son of leader of opposition in Maharashtra assembly Radha Krishna Vikhe Patil, has been upset over not getting the Congress ticket for the Ahmednagar seat that he wants to contest. 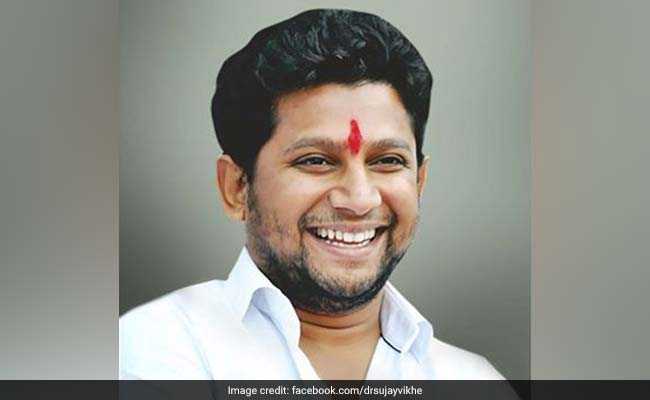 Sujay Patil is a practising neurosurgeon

In what can be seen as a setback to the Maharashtra Congress ahead of the national election, which begin April 11, party leader Sujay Vikhe Patil, is likely to join the BJP today.

Sujay, the son of leader of opposition in the Maharashtra assembly, Radha Krishna Vikhe Patil, has been upset over not being fielded by the Congress from the Ahmednagar seat that he wants to contest.

Ahmednagar, about 120 km from Pune, was allotted to ally Nationalist Congress Party (NCP) in the last elections.

The Congress has reportedly finalised its seat-sharing arrangement with the NCP for the Lok Sabha elections in Maharashtra, retaining 26 seats and giving 22 to its electoral ally. But the NCP is unwilling to give the seat to Sujay Patil, a practising neurosurgeon.

Last month, Maharashtra Congress Chief Ashok Chavan had said Radha Krishna Vikhe Patil should convince his son. "Sujay should know that his request is under the Congress party's consideration. I have also suggested his father that he should convince his son (to back down if necessary)," he was quoted as saying by news agency PTI.

Sujay Patil, who had earlier said he would contest independently if he does not get the Congress ticket, had met BJP leader Girish Mahajan last week amid speculations of joining the party, PTI reported.

His possible entry to the BJP was reportedly opposed by the party leaders at a meeting today with Maharashtra Chief Minister Devendra Fadnavis. The party leaders want him to work for the BJP before he gets a ticket for contesting the general elections.