Citing post-poll violence and Tuesday's incident in Birbhum district in which eight people were burnt to death, the Congress leader alleged that the law and order has completely broken down in the state. 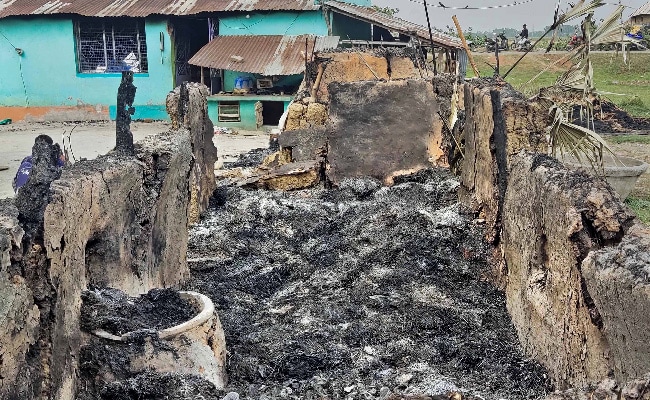 Eight people were burnt to death in Birbhum in Bengal

Congress leader in Lok Sabha Adhir Ranjan Chowdhury on Wednesday wrote to President Ram Nath Kovind urging him to invoke Article 355 in West Bengal to ensure that the government is run in accordance with the provisions of the Constitution.

Citing post-poll violence and Tuesday's incident in Birbhum district in which eight people were burnt to death, he alleged that the law and order has completely broken down in the state.

"It is very sad to note that during last month itself there were 26 political murders in West Bengal. The post-poll violence has claimed many lives. The whole state is in the grip of fear and violence," the Congress leader said in his letter to the President.

Mr Chowdhury said he raised the serious matter in Parliament on Monday in order to draw the attention of the nation to the "breakdown of the constitutional machinery'' in the state.

Article 355 of the Constitution says that "It shall be the duty of the Union to protect every State against external aggression and internal disturbance and to ensure that the government of every State is carried on in accordance with the provisions of this Constitution."

On Birbhum violence, he said that in a fight between two groups of the ruling party in Bogtui village in Birbhum district, the deputy pradhan Dhri Bhadu Sheikh was killed and in retaliation houses in the area were attacked and set afire, ''resulting in 12 deaths including that of women and children''.

He said all the victims belong to the minority community.