BJP Creating A Perception As If Only They Are Patriots: Adhir Chowdhury

The Congress leader has criticised BJP for trying to silence the liberal voices in the country and called for greater unity among the Congress and Left forces both inside the state assembly and outside. 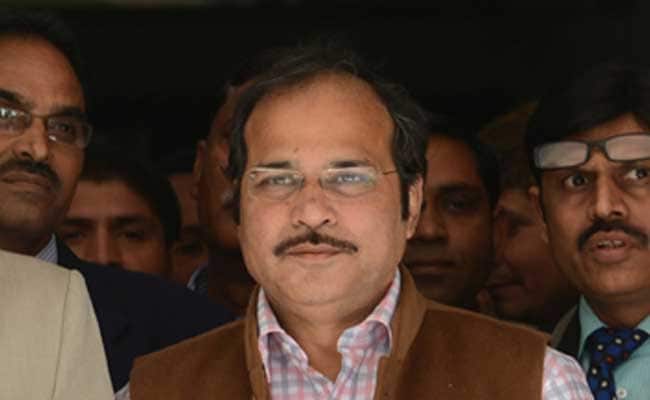 We are unable to fight this battle of perception: Adhir Chowdhury

Adhir Chowdhury, the leader of Congress in the Lok Sabha on Wednesday conceded that the party and others in the opposition are losing the "battle of perception" as they are being branded as anti-national and corrupt by the BJP government at the Centre, which is projecting itself as a symbol of "muscular nationalism".

He criticised BJP for trying to silence the liberal voices in the country and called for greater unity among the Congress and Left forces both inside the state assembly and outside.

It is imperative for Congress and the Left parties to put aside their ideological differences and fight together against the onslaught of TMC in the state and BJP in the country, he said.

"It is true that we (opposition parties including Congress) are slowly losing the battle of perception against BJP. They (BJP) are creating a narrative according to their own political interests in which opposition leaders and parties, who have fought for this country and its development, are branded anti-national and corrupt."

"They (BJP) are creating a perception as if only they are patriots and we the Congress are against the interests of the nation. We are unable to fight this battle of perception," Mr Chowdhury said addressing a felicitation ceremony organised by the Congress legislative party in West Bengal assembly.

The Left Front legislative party leader led by Sujan Chakrabory was present at the programme.

Mr Chowdhry said the BJP with the help of its well oiled machinery both at the grass roots level and in the social media is setting a narrative in which its is projecting itself as a symbol of "muscular nationalism".

"We have to fight this perception and win the battle for our own survival," the Congress veteran said.

Calling for the unity of CPI(M)-led Left Front and Congress, Chowdhury said both TMC and BJP have created a perception that they are fighting each other. But in reality they have helped each other at the state and centre.

"The Left Front legislative party and the Congress legislative party have unitedly fought against the oppressive TMC government in the assembly. Time has come to take this unity to the streets and every nook and corner of Bengal and emerge as an alternative to TMC," he said.

Stating that the country was experiencing an unprecedented "suffocating atmosphere" under BJP, he said, "Whoever does not agree with the BJP government is either branded as corrupt or anti national. There is an attempt to silence the liberal and secular voices in the country".

Mr Chowdhury criticised pseudo seculars, for trivializing the battle against communal forces. He referred to the role of the central government and agencies in the arrest of Congress stalwart and former union minister P Chidambaram by CBI in the INX Media case and termed it as a blatant example of "vendetta politics".

"P Chidambaram is a noted politician of this country. The lookout notice was issued against him just to malign him and he was arrested after much drama by CBI. The sole intention was to malign his credentials as a politician and inject a perception in the minds of the people that he is corrupt," he said.

Mr Chowdhury's views on Left-Congress alliance was echoed by state Congress president Somen Mitra, who too felt that the tie-up is the need of the hour.

Mr Chowdhury, has been a supporter of Congress-Left unity in Bengal. It was during his tenure as state Congress president that the party and the Left Front had forged an alliance in the 2016 assembly polls to oust the TMC.

The alliance had, however, failed in its mission.