"This is a direct threat and challenge to national security," Randeep Surjewala said. 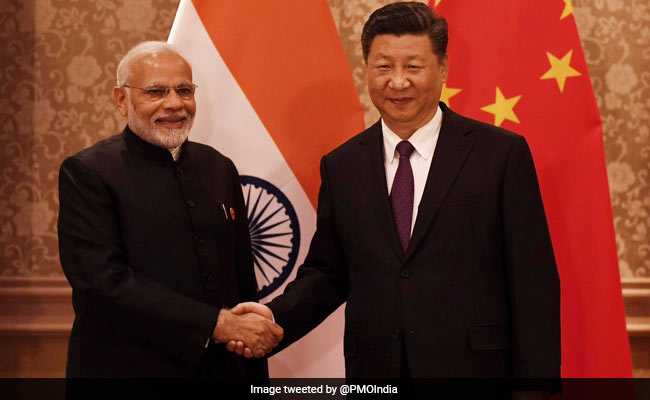 The Congress on Friday hit out at Prime Minister Narendra Modi for not raising the Doklam issue with Chinese President Xi Jinping on the sidelines of the BRICS summit in Johannesburg.

"The truth is that Prime Minister Modi meets the Chinese president on the sidelines of the BRICS summit and holds talks, but forgets to talk about Doklam. When will this government show the 56-inch chest and red eyes and have the courage to raise the issues concerning security and nation's borders?...the 132 crore people of the country want to know," Congress chief spokesperson Randeep Surjewala said.

He said the United States Congressional Committee has stated that China has made a headway in Doklam and was raising its infrastructure and Army strength there.

"This is a direct threat and challenge to national security," he said.

The Congress leader said the way Chinese Army strength of Brigade-level was there in north Doklam and in southern Doklam in the Siliguri corridor, China has constructed a road, but the "prime minister and defence minister did not speak anything on it".

"The truth is that the one who claimed having a 56-inch chest and dared to show 'red eyes' to China, has gone back on his promise and has turned silent on national security.

"The prime minister, who dared to show China his red eyes, gave swing rides to the Chinese president. But when he goes to China with an agenda-less visit, he forgets to even raise the issue of Doklam which is linked to national security," Mr Surjewala said.

The Congress leader said China, which does not have any diplomatic ties with Bhutan, visited the nation and discussed Doklam with Bhutan without involving India.

Prime Minister Narendra Modi and Chinese President Xi Jinping during the 10th BRICS Summit agreed that the Chinese defence minister will visit India next month as part of the efforts to maintain the "momentum" generated by their recent meetings.

PM Modi, who is here to attend the BRICS Summit, met Xi for the third time in nearly three months last evening after their two-day informal summit in the Chinese city of Wuhan in late April and a bilateral meeting on the sidelines of the Shanghai Cooperation Organisation Summit in Qingdao, China in June.

"It is important to maintain this momentum and for this we should, at our level, regularly review our relationship and give proper instructions whenever required," PM Modi told Xi in his opening remarks.