"Together Since 1977": Congress's Digvijaya Singh Recalls Friendship With Ahmed Patel

Ahmed Patel (71), the party's top strategist, died at a Gurgaon hospital on Wednesday due to multi-organ failure. 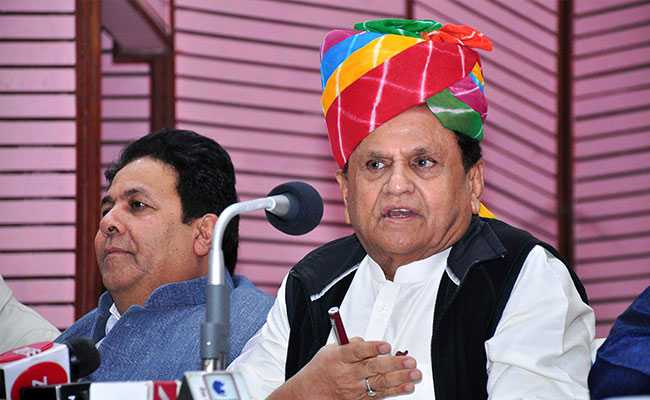 Ahmed Patel was one of the closest aides of party president Sonia Gandhi.

Congress veteran Digvijaya Singh on Wednesday expressed deep sorrow over the death of senior party colleague Ahmed Patel and said he has lost a "close and most reliable friend".

Mr Singh, the former chief minister of Madhya Pradesh, in a series of tweets remembered Ahmed Patel as "a well-behaved, smiling and soft-spoken person and said the Congress party can never forget his contribution".

Mr Patel (71), the party's top strategist, died at a Gurgaon hospital on Wednesday due to multi-organ failure. He was suffering from complications related to COVID-19.

He was one of the closest aides of party president Sonia Gandhi and her political secretary for a long time.

"Ahmed Patel is no more. A close and most reliable friend has gone. We were together since 1977, he entered the Lok Sabha while I reached the Vidhan Sabha. For all Congressmen, he always had a medicine for all political ailments," Digvijaya Singh said in a tweet in Hindi.

"He was a well behaved man, soft-spoken and always smiling was his trademark," he added.

Mr Singh further said, "Patel had the capacity to satisfy any person howsoever angry he may be. Away from the media, but involved in all decisions of the Congress."

"One could learn from his ability to speak bitter things in a very sweet manner. Congress party can never forget his contribution," Mr Singh said in another tweet.

He also described Mr Patel "as a very religious person". "Wherever he may be, he never forgot to offer namaz. Today is Ekadashi, which is a very important day in Sanatan Dharam. May Allah give him a place in Jannat," he said.