The selection committee will set up a search panel for recommending names for the appointment of the anti-graft ombudsman, the Lokpal, and its members. 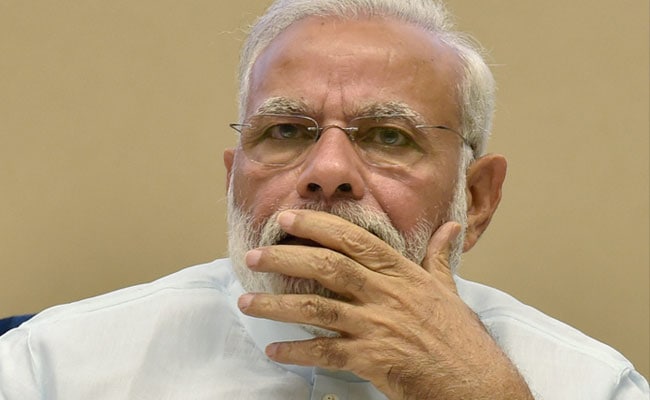 Mallikarjun Kharge had sent letters to the PM Modi rejecting the invitation extended to him.

The Congress has boycotted the Lokpal Selection Committee meeting for a fifth time this year, asserting that it would continue to do so until the leader of the single largest opposition party is given the status of a full-fledged member in the panel.

The leader of Congress in Lok Sabha, Mallikarjun Kharge, wrote to Prime Minister Narendra Modi, conveying his decision on today's meeting of the panel.

The selection committee will set up a search panel for recommending names for the appointment of the anti-graft ombudsman, the Lokpal, and its members. 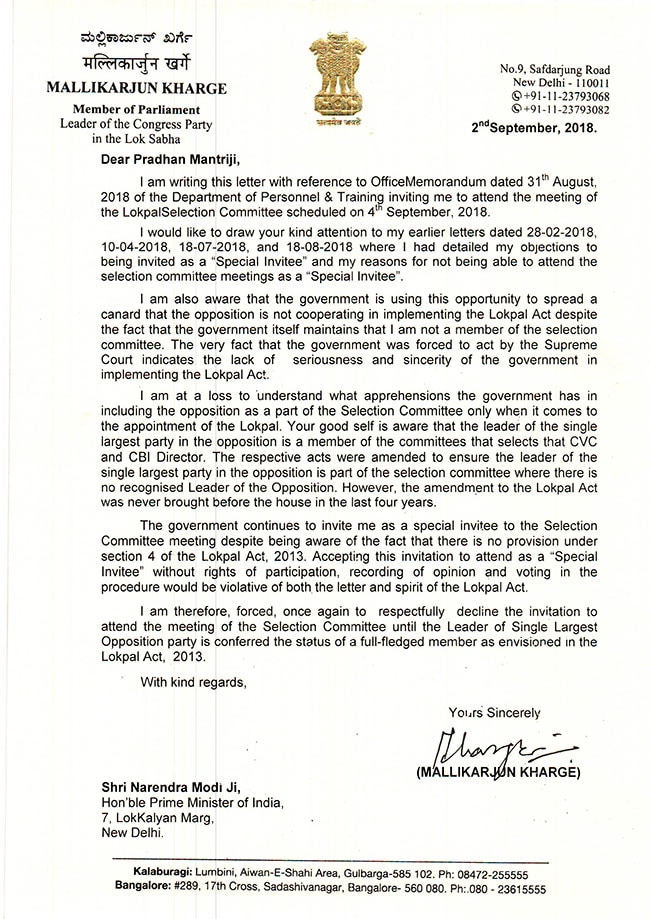 Letter written by Mallikarjun Kharge, Leader of Congress Party in Lok Sabha to Prime Minister on the Lokpal.

"The government continues to invite me as a special invitee to the Selection Committee meeting despite being aware of the fact that there is no provision under section 4 of the Lokpal Act, 2013. Accepting this invitation to attend as a 'Special Invitee' without rights of participation, recording of opinion and voting in the procedure would be violative of both the letter and spirit of the Lokpal Act.

"I am therefore, forced, once again to respectfully decline the invitation to attend the meeting of the Selection Committee until the leader of single largest opposition party is conferred the status of a full-fledged member as envisioned in the Lokpal Act, 2013," Mr Kharge said in his letter to the prime minister.

The Congress is the single largest opposition party in the Lower House.

Mr Kharge has boycotted the previous meetings of the selection committee which is chaired by the prime minister.

He had sent letters to the prime minister rejecting the invitation extended to him to attend the meetings of the Selection Committee held this year on March 1, April 10, July 19 and August 20 as a "special invitee".