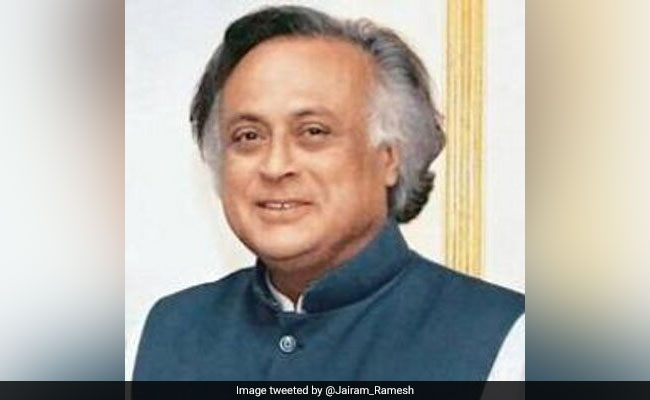 Reacting to Prime Minister Narendra Modi's announcement that the centre will provide anti-Covid vaccines for free to all the eligible age groups, the Congress alleged the delay in accepting the opposition's demand "inflicted a huge cost on the people of India".

"The Prime Minister inflicted a huge cost on the people of India before accepting the Opposition's demand for centralised procurement and free vaccination for 18-44 year olds. Humility and reaching out will not hurt him," senior Congress leader Jairam Ramesh tweeted.

The Prime Minister inflicted a huge cost on the people of India before accepting the Opposition's demand for centralised procurement and free vaccination for 18-44 year olds. Humility and reaching out will not hurt him. https://t.co/4rXfhWFvJs

"We will like to thank the honourable Supreme Court. Due to the court's intervention, all eligible age groups will now get the vaccines for free. This could have been done earlier if the centre wanted. Because of the centre's policy, neither the states were able to buy vaccines nor the centre was giving vaccines," Mr Sisodia tweeted in Hindi.

PM Modi, addressing the nation, announced that from June 21, the centre will take over the vaccination drive completely. He said the private sector can procure 25 percent of the vaccines supplied directly from the manufacturers, and private hospitals can charge Rs 150 more than the price per dose fixed by the government.

The Centre's decision to centralise provision of vaccines for all is welcome & has set the ball rolling for 100% vaccination by year end! I thank PM @narendramodi for the prudent intervention!

"Perhaps, those who clamoured for the States to take complete charge of vaccination should also introspect about the loss that it has brought to people in the last month," he tweeted.

The vaccination drive that began at a quick pace in January slackened due to a shortage of doses in May.

To ramp up vaccinations, the centre had opened the drive to all adults on May 1 and allowed states and the private sector to buy 50 percent of the vaccines directly from the manufacturers. However, as the vaccine makers couldn't meet the rising demand, the pace of inoculation remained slow.

The centre then allowed states to procure vaccines by way of global tenders. The plan failed as the global manufacturers refused to deal with states.

The centre has promised that by the end of the year, the country will have enough doses to vaccinate all adults.

"From 'One Day' To 'Day One'": Zomato Sums Up Its Big Listing Story