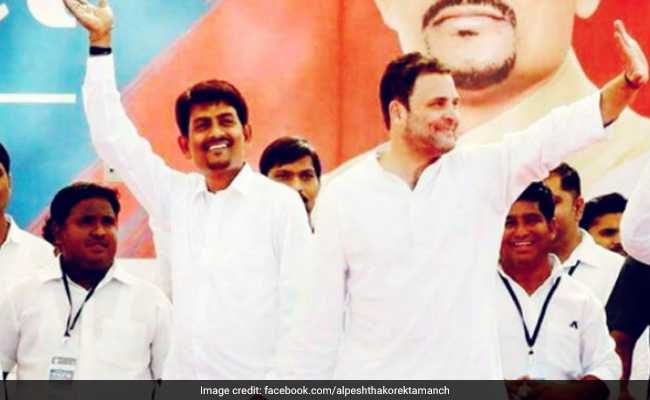 OBC leader Alpesh Thakor was appointed as the secretary for Bihar. (File Photo)

The announcements were made by AICC General Secretary in-charge of organisation Ashok Gehlot.