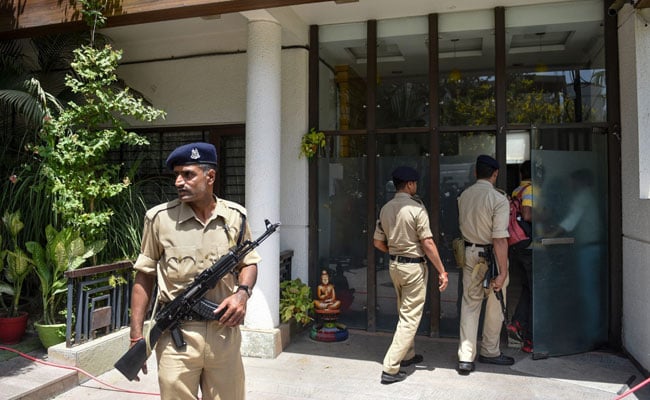 The raids in Madhya Pradesh netted unaccounted cash of Rs 281 crore, and part of it had been sent to the headquarters of "a major political party in Delhi", the income tax department said on Monday. Another Rs 20 crore moved through hawala (illegal transaction) channels from the home of a senior functionary on Delhi's Tughlak Road, it added.

After hours of questioning, Congress treasurer Ahmed Patel visited the accountant's home in Delhi to ask about his health, sources said, adding income tax officers who were present there took a photo of their meeting.

The opposition is spooked with tax raids that come like clockwork, starting with raids on people linked to leaders of the Congress-JDS coalition in Karnataka last month, and in the latest one a sweep at properties of Kamal Nath's aides at multiple locations in Madhya Pradesh and Delhi on Sunday.

"At around 3:30 am (on Sunday) tax officials from Delhi broke into my house... They checked two bank lockers also but did not find anything objectionable... I think it's politically motivated," Praveen Kakkar, former private secretary to Kamal Nath, told NDTV.

Former finance minister P Chidambaram has also warned of impending tax raids at his home in Tamil Nadu's Sivaganga, from where his son Karti Chidambaram is contesting the national elections, and in Chennai.

"The income tax raids cannot be called political. If they (opposition) have information, will they wait and check who is it related to, or which party? It should not be politicised. The Congress has a habit of making it political," BJP spokesperson Shahnawaz Hussain said on Sunday.

The Congress has asserted all money has been accounted for and they are ready for a probe. They are, however, questioning the "biased approach" of law enforcement agencies that it claims are attacking certain political parties while the Modi government continues to spend a huge amount of money on election campaigns without going through any scrutiny.