Complaint Against Uddhav Thackeray For "Cheating" Voters In Aurangabad 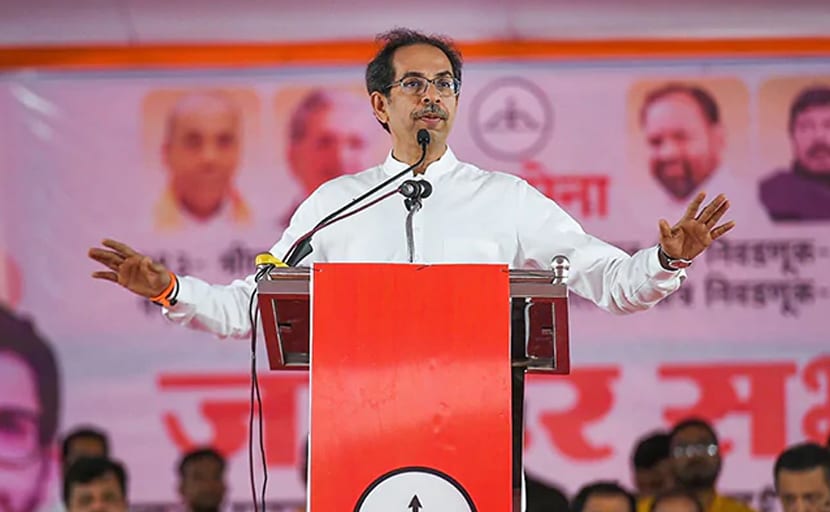 The complainant said he felt "cheated" by the Sena's move as he, his family had voted for the alliance

A complaint of "cheating" has been filed against Shiv Sena chief Uddhav Thackeray and two other leaders in Maharashtra's Aurangabad district for seeking votes in the name of Hindutva, but not forming government with pre-poll ally BJP, an official said on Thursday.

A written application in this regard against Uddhav Thackeray and two other party leaders was submitted at the Begumpura Police Station in Aurangabad district, around 325 km from Mumbai, by a BJP supporter, Ratnakar Choure, on Wednesday night, the official said.

"We received the application for the same and have forwarded it to Special Branch," he said.

According to the complainant, during the campaign for the October 21 Assembly election, Thackeray, newly-elected Sena MLA Pradeep Jaiswal (Aurangabad Central) and the party's former MP Chandrakant Khaire sought votes for the Sena-BJP alliance in the name of protecting Hindutva.

On their appeal, the complainant said he and his family members, voters in the of Aurangabad Central constituency, cast their voters in favour of Mr Jaiswal, the Sena-BJP alliance candidate from the seat.

With an aim to bring the Sena-BJP alliance to power in the state, BJP supporters of the constituency also voted for Mr Jaiswal, following which he won, Mr Choure said.

After the results, the Sena snapped ties with the BJP (following differences over power-sharing formula) and did not form government with its pre-poll ally, he said in the application.

The complainant said he felt "cheated" by the Sena's move as he and his family members had voted for the alliance candidate to protect Hindutva.

Mr Choure then approached the Begumpura Police Station and submitted the application seeking registration of a case of "cheating" against Thackeray and the two other leaders.

He said Thackeray had appealed to people to vote for the Sena-BJP alliance while addressing campaign rallies in Aurangabad between October 10 and 12.

Mr Choure said he will also write a letter to the Election Commission, seeking withdrawal of his vote cast in favour of Mr Jaiswal and cancellation of the MLA's election.

After parting ways with the BJP, the Sena has reached out to the Congress and the NCP, against whom it fought the last month's election, to form an alternative government.