The series is making as much noise for its sex scenes, the use of profanity and savagery as it is for directors Anurag Kashyap and Vikramaditya Motwane's extraordinary efforts at transforming author Vikram Chandra's mammoth novel by the same name into a web series 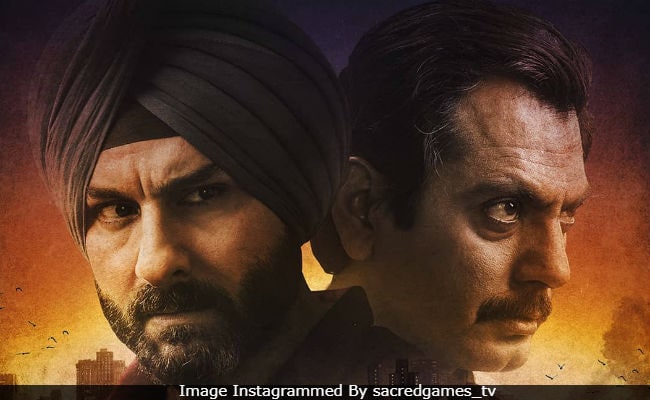 The first season of Sacred Games aired on July 6.

It's been five days since the premiere of "Sacred Games", Netflix's first Indian original series, and a complaint has already been filed against actor Nawazuddin Siddiqui and the producers of the series for insulting a Congress prime minister. Netflix has also been named in the complaint filed by a Congress member in West Bengal.

Rajiv Sinha, in his letter to the Kolkata Police, said that Nawazuddin as Ganesh Gaitonde "abused our late Prime Minister Rajiv Gandhi calling him fattu, which translated as pu*** in the subtitle". He also accused the makers of the show of "misrepresenting facts during his regime".

The series is making as much noise for its sex scenes, the use of profanity and savagery as it is for directors Anurag Kashyap and Vikramaditya Motwane's extraordinary efforts at transforming author Vikram Chandra's mammoth novel by the same name into a web series.

The debut season is riddled with events that proved to be turning points in the history of the country. The narrative goes back and forth in time and remains parked in Mumbai, the ruling government's decisions and slips that shaped the crime world and political scene in the Maximum City during that period are unabashedly referenced in the eight episodes.

With episodes such as the 1975 Emergency, imposed by Indira Gandhi, and the government's forced sterilisation plan to the Bofors scandal and Rajiv Gandhi's gaffe in the 1985 Shah Bano case, when he was accused of choosing politics over women's rights, neatly stitched in the narrative, the script has been unsparing in its scorn. 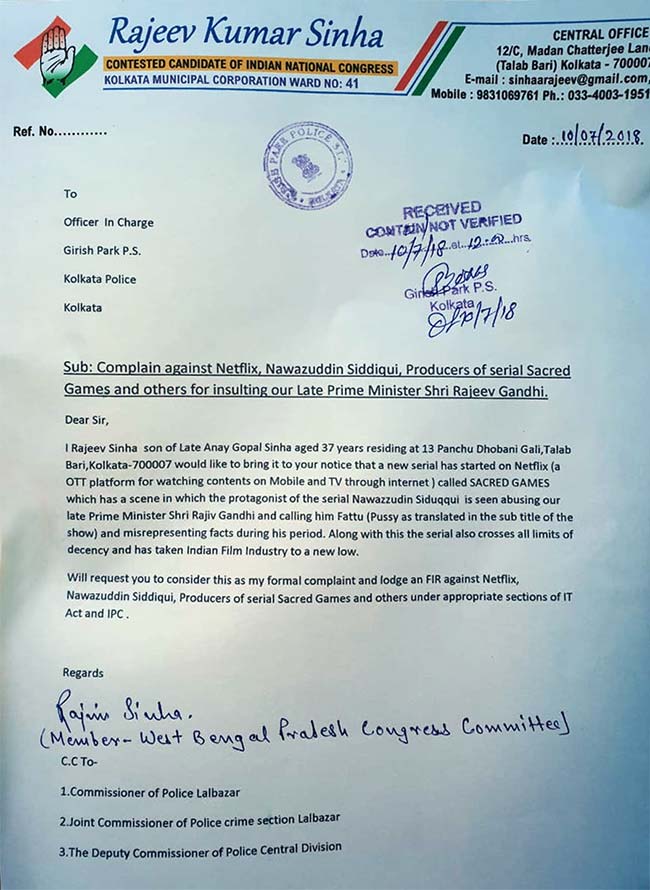 Rajiv Sinha filed this complaint at a Kolkata police station this morning.

It is one of the dialogues mouthed by Gaitonde that prompted 37-year-old Rajiv Sinha to type his complaint. The fourth episode, titled "Brahmahatya", begins with Gaitonde accusing Mr Gandhi of playing politics in Shah Bano's triple talaq case.

He says, "... Shah Bano ko alag jalaya, desh ko alag. She took her husband to court and won. But the prime minister told her to shut up and overturned the court's judgement. Even Hindus criticised him. To please them, Ramayan, the TV show, aired every Sunday morning when the entire country glued to their televisions."

"...the serial also crosses all limits of decency," Mr Sinha added in his complaint and requested that an FIR be filed.

The officer in charge at Kolkata's Girish Park police station has accepted the complaint which is yet to be verified.