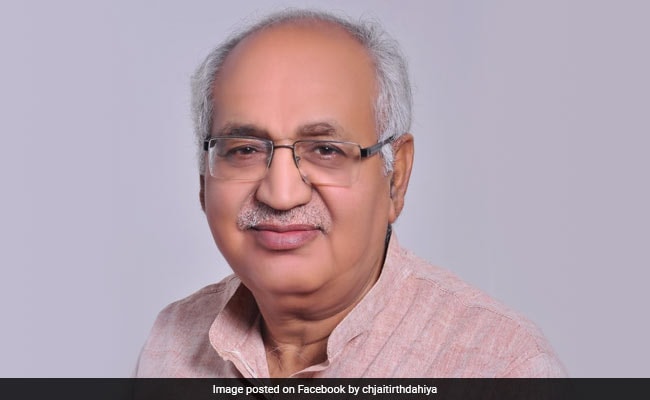 Mr Dahiya said he submitted his resignation to the office of state assembly speaker.

In his resignation letter, Mr Dahiya, however, did not mention the issue of his differences with Mr Tanwar and only mentioned that he would like to resign from his seat.

His resignation comes at a time when Haryana assembly polls are due in less than three months.

When contacted, Mr Dahiya, considered as a loyalist of former Chief Minister Bhupinder Singh Hooda, said, "I have resigned as MLA. I, however, continue to be a Congressman and I have not quit the party."

He alleged Mr Tanwar had misbehaved with him and used "abusive language" after a party meeting on June 4 in Delhi, which was called by the Congress' general-secretary in-charge of Haryana, Ghulam Nabi Azad.

"At that meeting, some Congress MLAs openly called for Tanwar's removal as state unit chief, saying under his leadership the party was not performing well. Even though I did not say a word against him in the meeting, he began hurling abuses at me as soon as I came out after the meeting. It deeply hurt me," he said.

Mr Dahiya said he immediately brought the incident to Mr Hooda's notice, but no action has been taken against Mr Tanwar till date.

"I told him (Bhupinder Hooda) that when I was leaving the venue, Tanwar used abusive language. We then brought the incident to Azad Sahab's notice and I even wrote to Rahul Gandhi about it," he said.

"Two months have passed, but I have not been heard. Neither any action has been taken against Tanwar nor has he expressed any regret," said Mr Dahiya.

"I have been deeply hurt over the incident and decided to put in my resignation as MLA," he said.

Sources said the step was aimed to put pressure on the party high command as majority of Congress' 17 MLAs in the 90-member assembly have been pressing for removing the state unit chief.

Asked to comment on Mr Dahiya's allegations, Mr Tanwar said, "Everyone knows the respect I show to my elders. What can I say?"

On a section of party MLAs' demand for a change in the state leadership, Mr Tanwar said, "No such issue has been raised at the party level, only those who are raising this in their individual capacity can give an answer."

"If anyone has any personal grudge (against me), I cannot help it," he said on demand by Mr Hooda's loyalists demand for a change in state leadership.