"I'm glad your government is fully utilising its exceptional digital capabilities in its COVID-19 response and has launched the Aarogya Setu digital app," Bill Gates wrote. 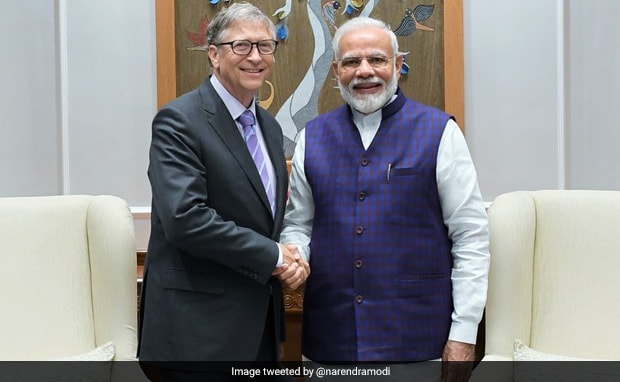 Commend your leadership and the proactive measures you and your government have taken, Bill Gates wrote

"We commend your leadership and the proactive measures you and your government have taken to flatten the curve of the COVID-19 infection rate in India, such as adopting a national lockdown, expanding focused testing to identify hot spots for isolation, quarantining, and care, and significantly increasing health expenditures to strengthen the health system response and promote R&D and digital innovation," the Microsoft co-founder said in a letter, according to government sources.

"I'm glad your government is fully utilising its exceptional digital capabilities in its COVID-19 response and has launched the Aarogya Setu digital app for coronavirus tracking, contact tracing, and to connect people to health services," it added.

"Grateful to see that you're seeking to balance public health imperatives with the need to ensure adequate social protection for all Indians," the letter said.

Coronavirus cases crossed the 20,000-mark in India on Wednesday, including 652 deaths, but the government has said the speed of transmission is slowing thanks to the nationwide lockdown that began on March 25 and in place until at least May 3.

The "doubling rate" - the number of days it takes infections to multiply by two - had increased to 7.5 days, up from 3.4 days before the lockdown, the Health Ministry said on Monday.

Bill Gates and wife Melinda Gates, who head one of the world's largest philanthropic foundations that has made healthcare a key focus of its work over the years, has been among the most active participants in the global response to the COVID-19 crisis.

Last week, Melinda Gates announced an extra $150 million of funding from The Bill & Melinda Gates Foundation above the $100 million pledged earlier to help speed the development of treatments, vaccines and public health measures to tackle the outbreak.

The move came after US President Donald Trump announced he was blocking funding to the World Health Organisation (WHO) as he scrambled to pin blame for his botched-up response to the coronavirus pandemic.

The Gates Foundation is the second largest donor to the WHO behind the United States. Melinda Gates said pulling funding from the WHO is a dangerous and nonsensical move when the world is facing the current health crisis.

In India, the non-profit has worked extensively with central and state governments in programmes to eradicate polio and others in health, sanitation, farming, and financial services for the poor.

Last year, Bill Gates had presented the Goalkeepers Global Goals Award to PM Modi for his government's Swachh Bharat programme on the sidelines of the UN General Assembly meeting in New York City.