The 700-acre (285-hectare) farm in the city of 1.1 million people, along with 38 other military farms set up by the country's former British rulers, is to be closed in coming weeks. 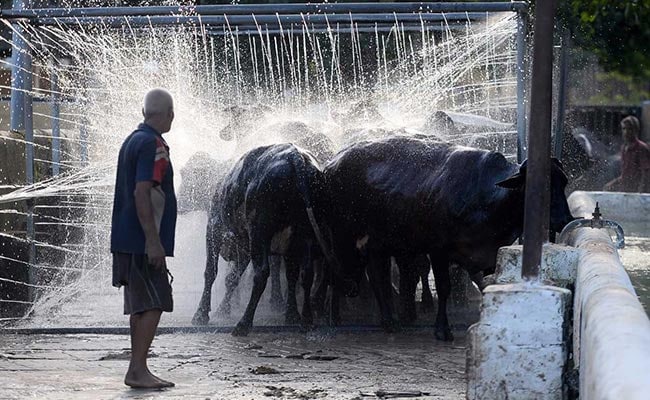 Allahabad: Under a hot afternoon sun workers scrub down cows at the Allahabad Military Farm, the latest hangover of India's colonial past being forced into the 21st century.

The 700-acre (285-hectare) farm in the city of 1.1 million people, along with 38 other military farms set up by the country's former British rulers, is to be closed in coming weeks.

The yellow and white Victorian-era buildings will probably be demolished while the 500 cows face an uncertain future.

The Allahabad farm, set up in 1889, is the oldest of those once used by the British to house the cows transported to Asia to provide milk for the troops in city barracks.

The government announced in August that it would shut the military farms to cut costs and better use its vast defence land portfolio.

The 39 farms are spread over 20,000 acres in all and include prime real estate in New Delhi and other big cities. They have about 25,000 cattle and hundreds of workers.

Over time, their upkeep has become expensive -- the farms cost more than $46 million a year to run -- according to media reports. It is also cheaper to get milk for the 1.2 million-strong Indian army from cooperatives.

The cross-bred Frieswal cow -- a mix of Holstein-Friesian cows from the Netherlands and India's native Sahiwal -- at Allahabad is high-maintenance and requires special nutrition.

In the scorching summer months, the animals also need to be showered up to three times a day as they cannot cope up with the heat.

Workers at the Allahabad farm had mixed feelings about the closure although the government has said they will be redeployed.

"We have been told that the farm will shut down permanently," one officer told AFP on condition of anonymity. "But we will be [moved] elsewhere in other wings of the armed forces."

Military authorities are trying to give the sturdy cows, bulls and calves to commercial dairy farms and the Indian Council of Agricultural Research.

One media report said the animals could be auctioned off. It is not sure who will buy them however as few farms have the expertise of looking after the Frieswals.

The cows yield an average of about 3,600 litres every 300 days compared to the national average yield of 2,000 litres.

Besides shutting down farms, the government is also to close army postal units and revamp ordnance depots.

The restructuring is aimed at devoting more resources to enhancing combat capability.

(This story has not been edited by NDTV staff and is auto-generated from a syndicated feed.)
Comments
Allahabad Military Farm