The welfare officer of the ship - MV Kavaratti - told news agency Press Trust of India that all passengers were safe and sound and those who were bound for Androth were disembarked there. 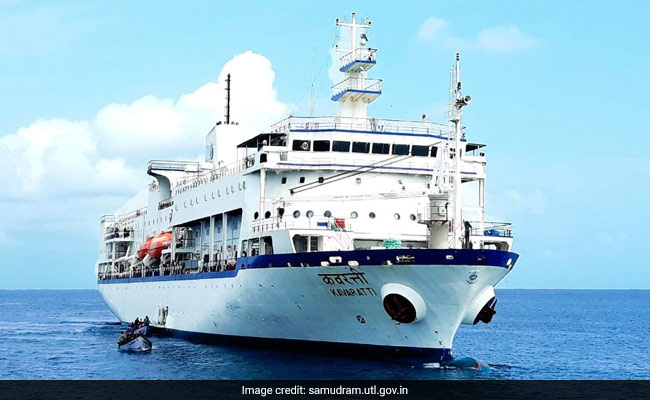 A ship with over 322 passengers and 85 crew which was stranded off the coast of Lakshadweep a day ago was safely towed by a Coast Guard vessel to Androth island and reached there on Thursday morning.

The welfare officer of the ship - MV Kavaratti - told news agency Press Trust of India that all passengers were safe and sound and those who were bound for Androth were disembarked there.

The remaining passengers, who were going to other islands of the archipelago, would be transferred to MV Corals which would ferry them to their respective destinations, the welfare officer Sharshad said.

One of the passengers, Sameer Babu, who is a resident of Androth, told news agency PTI that there was no back-end support - like food and water - from the Lakshadweep administration or the mainland while the ship was stranded in the high seas for over six hours on Wednesday.

Mr Babu, who was returning home from Kochi on the ship, said it was the vessel's crew who took care of the passengers' needs like food and water and "they are our real heroes".

The passenger ship was stranded on the high seas about 16 nautical miles from Kavaratti on Wednesday after a fire broke out in its engine room and the engine had to be shut down, subsequently, after extinguishing the flames, sources had told Press Trust of India.

The ship was en route to Androth from Kavaratti, where it had arrived on Monday from Kochi with over 600 passengers, when the incident occurred, sources had said.

By Thursday morning, the stranded vessel was towed to port by Coast Guard ship Samarth.