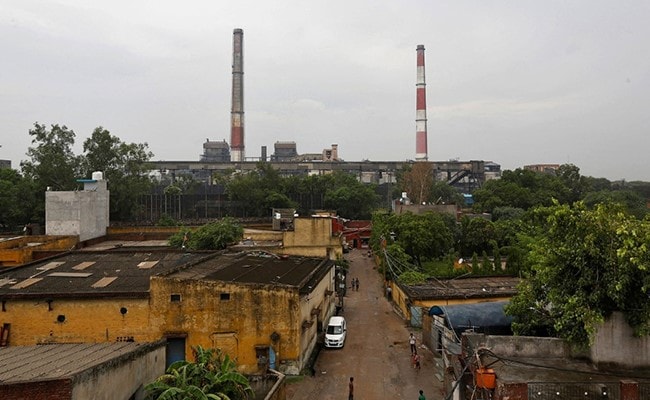 This order shall remain valid up to October 31, 2022, the ministry said.

The power ministry has directed all imported coal-based plants to run on full capacity amid the ongoing dry fuel shortage at thermal plants which is hampering electricity generation.

In an office order issued in this regard on Thursday by the ministry, it is noted that most of the states have allowed pass-through of the higher cost of imported coal to consumers, which aided to make operational 10,000 MW capacity out of the total 17,600 MW imported coal-based thermal plants in the country.

However, the ministry said that "some imported coal-based capacity is still not operating".

The ministry issued directions under Section 11 of the Electricity Act. It has directed that all imported coal-based power plants shall operate and generate power to their full capacity.

In the case of imported coal-based plants under the insolvency proceeding, the resolution professionals will take steps to make them functional.

These plants will supply power in the first instance to the power purchase agreement (PPA) holders; which are also called as discoms. Any surplus power left thereafter or any power for which there is no PPA will be sold in the power exchanges, the ministry said.

Where the plant has PPA with multiple discoms then in such cases, if a discom does not schedule any quantity of power according to its PPA, that power will be offered to other PPA holder(s) and any remaining quantity thereafter will be sold through the power exchanges, it added.

Considering the fact that the present PPAs do not provide for the pass-through of the present high cost of imported coal, the rates at which the power shall be supplied the discoms shall be worked out by a committee constituted by the Ministry of Power with representatives from the ministry, Central Electricity Authority (CEA) and Central Electricity Regulatory Commission (CERC).

This committee will ensure that benchmark rates of power so worked out meets all the prudent costs of using imported coal for generating power, including the present coal price, shipping costs and operation and maintenance costs and a fair margin, the official order stated.

Where the generators/group companies or coal mines abroad, the mining profit will be set off to the extent of the shareholding of the generating / group company in the coal mine.

The order also provided that surplus power at these plants shall be sold in the power exchanges.

The net profit, if any, by the sale of power which is not sold to the discoms and is sold in the power exchanges, shall be shared between the generator and discoms in the ratio of 50:50 on monthly basis.

This order shall remain valid up to October 31, 2022, the ministry said.

The ministry noted that the power demand has gone up by almost 20 percent in energy terms and the supply of domestic coal has increased but the rise in the supply is not sufficient to meet the increased demand for power.

The international price of coal has gone up in an unprecedented fashion. It is currently around $140 per tonne.

As a result of this, the impart of coal far blending, which was of the order of 37 million tonnes in 2015-16, has gone down, leading to more pressure on domestic coal, the ministry said.

At present, the price of imported coal, running of imported coal-based plants and supply of power at discom rates will lead to huge losses to the generators and therefore, they were not willing to run those plants, it observed.