Prime Minister Narendra Modi began his engagements in the US by meeting with leading American CEOs from five different key sectors and highlighted the economic opportunities in India. 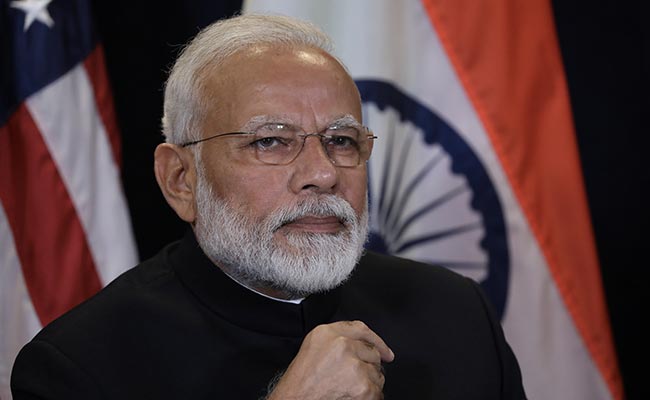 Prime Minister Narendra Modi had an "extensive discussion" with top CEOs and business leaders on investment in India, and said closer economic linkages between India and the US benefit the people of our nations.

"Through the morning, had extensive discussions with top CEOs and business leaders on investment in India. They were appreciative of India's reform trajectory. Closer economic linkages between India and USA benefit the people of our nations," he said.

Prime Minister Narendra Modi began his engagements in the US on Thursday by meeting with leading American CEOs from five different key sectors and highlighted the economic opportunities in India.

Two of them are Indian-Americans - Shantanu Narayen from Adobe and Vivek Lall from General Atomics. Three others are Cristiano E Amon from Qualcomm, Mark Widmar from First Solar, and Stephen A Schwarzman from Blackstone.

Mr Lall described the meeting as "outstanding". "We spoke about technology and the confidence in the policy reforms that are coming in India and the great potential that India has from an investment perspective," he said.

Meanwhile, Cristiano E Amon from Qualcomm expressed enthusiasm to work with India on ambitious digital transformation programmes including in 5G, PM WANI and others. He also expressed interest in partnering with India to work in the field of semiconductors.

Qualcomm CEO spoke about the incredible opportunities in India and added that India is a big market but "we also see India as a big export market", sources said

He said that it's the right time for India to not only manufacture for the Indian market but also plan to serve the needs of other countries.