The bill, passed in the Rajya Sabha on Wednesday and the Lok Sabha on Monday, has introduced a religious criteria in considering certain sections of people for citizenship. 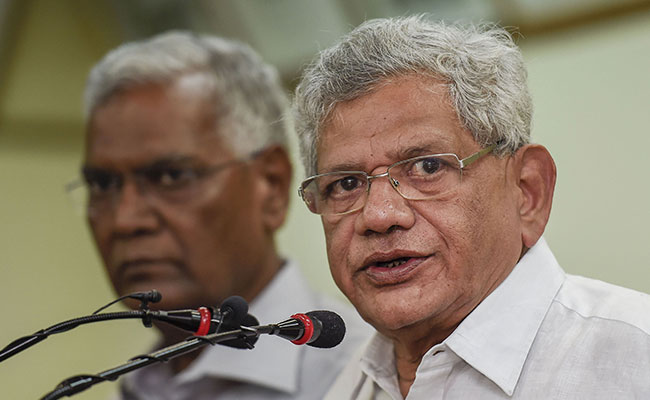 The BJP had to get it passed to ensure the running of the National Register of Citizens process, it said.

The CPI(M) on Thursday said the BJP has pushed the Citizenship (Amendment) Bill to extend its "communal agenda" of ensuring that Hindu migrants from Bangladesh living in Assam are given citizenship while seeking to exclude Muslim migrants from that country.

An editorial in the forthcoming edition of CPI(M) mouthpiece ''Peoples Democracy'' said the BJP had to get the Citizenship (Amendment) Bill or CAB passed to ensure smooth running of the National Register of Citizens (NRC) process.

"The motivation for the bill was its communal agenda of ensuring that Hindu migrants from Bangladesh living in Assam could be given citizenship while seeking to exclude any Muslim migrant from that country. This measure was necessitated because the National Register of Citizens (NRC) process in Assam would have excluded all those who entered the state after March 24, 1971," the editorial said.

The bill, passed in the Rajya Sabha on Wednesday and the Lok Sabha on Monday, has introduced a religious criteria in considering certain sections of people for citizenship.

According to the amendment, Hindus, Sikhs, Buddhists, Jains, Parsis or Christians who have come from Afghanistan, Bangladesh or Pakistan before December 31, 2014, shall not be treated as illegal migrants. They can be eligible for citizenship by naturalisation, if they have spent not less than five years in India.

"But this provision does not apply to Muslims who have come into India from these three countries. They will still be treated as illegal migrants. It is this discrimination based on religion which makes the amendment to the citizenship law unconstitutional and illegal," it said.

The CPI(M) also alleged that since the NRC process in Assam resulted in a large number of Hindus from Bangladesh being excluded from the list, it became urgent for the (Narendra) Modi government to adopt the CAB before embarking on preparing NRC for the whole country.

"In a diabolical move, Home Minister Amit Shah has announced that the NRC in Assam will be redone along with the rest of the country. The CAB has met with a furious response in Assam and the northeast.

"The Assamese people see this legislation as a betrayal of the commitment made in the Assam Accord by which all those who had entered Assam after March 1971 were not to be given citizenship. By extending the period to December 31, 2014, for legalising illegal migrants, the CAB has overturned the carefully balanced agreement arrived at in 1985 through the Assam Accord," it said.

The party said the CAB and the NRC must be seen in tandem and while the former would legitimise non-Muslim migrants as citizens, the NRC would target the so-called Muslim infiltrators.

"What the BJP is aiming for is to create a category of second-class citizens whose rights will be severely circumscribed. Behind this thinking lies the two-nation theory advocated by V D Savarkar. The pincer movement of the CAB and NRC will be used to heighten communal anxieties and create a new divisive agenda suited to the BJP-RSS'' sectarian politics," it said, adding the bill has to be challenged in the Supreme Court to expose the BJP''s "nefarious" designs with regard to the CAB-NRC.

No Action Against Aaditya Thackeray, Because Balasaheb: Team Shinde