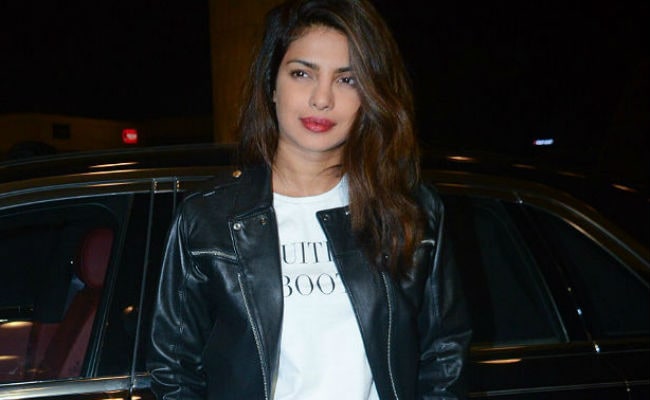 Priyanka Chopra broke her silence today on the police crackdown against the students of Jamia Millia Islamia and Aligarh Muslim University, saying in a thriving democracy, violence against peaceful protesters is "wrong".

The 37-year-old actor is the latest celebrity to react to the violence against the students for protesting against the amended Citizenship Act on Sunday evening.

The police entered the Jamia Millia campus after the protest against the citizenship law by the students turned violent.

"Education for every child is our dream. Education is what empowered them to think independently. We have raised them to have a voice," Priyanka Chopra Jonas said.

"In a thriving democracy, to raise one's voice peacefully and be met with violence is wrong. Every voice counts. And each voice will work towards changing India. #Havevoicewillraise #Havevoicemustraise" she said in a statement posted on Twitter.

There have been widespread protests across India against the amended Citizenship Act.

The Citizenship Amendment Act grants Indian citizenship to refugees from minority communities fleeing religious persecution from Pakistan, Afghanistan and Bangladesh, and who entered India on or before December 31, 2014.

The protesters claim that the legislation is "unconstitutional and divisive" as it excludes Muslims.

The Home Minister had said in Parliament that Pakistan, Afghanistan, and Bangladesh declare themselves as an Islamic nation in their respective constitutions, hence a Muslim in those countries cannot be a religious minority, and thereby cannot be persecuted on religious grounds. The Citizenship Amendment Act in India covers all minorities facing religious persecution in these three nations, and is hence not a divisive law.