Jane Fraser, who rose to the top of the firm last month, is on familiar ground as she moves to exit retail banking in 13 markets across Asia, Europe, the Middle East and Africa as part of a strategic overhaul. 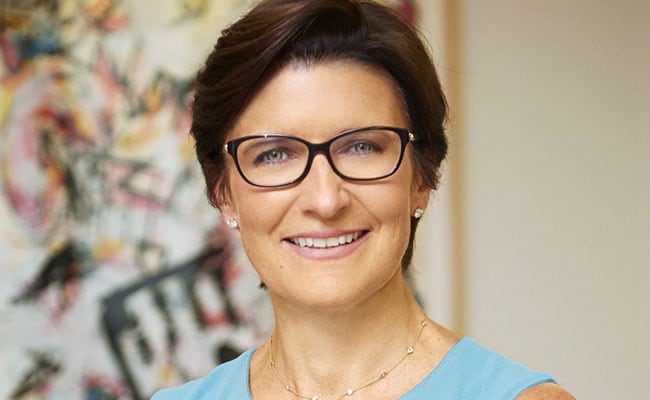 Jane Fraser is carrying out a multi-year remediation effort in wake of regulatory rebukes.

As Citigroup Inc. simplifies its sprawling businesses, new Chief Executive Officer Jane Fraser is reaching for a familiar playbook: her own.

Fraser, who rose to the top of the firm last month, is on familiar ground as she moves to exit retail banking in 13 markets across Asia, Europe, the Middle East and Africa as part of a strategic overhaul. Within a year of taking over the company's operations in Latin America in 2015, the former consultant oversaw sales of retail-banking and credit-card operations in Brazil, Argentina and Colombia.

Once the world's biggest bank, Citigroup has spent more than a decade cleaving businesses, and Fraser is now showing no sign of relenting as she carries out a multi-year remediation effort in the wake of regulatory rebukes. The lender already has shed almost $1 trillion in assets since it nearly succumbed to the 2008 financial crisis. Long known as one of the most global banks, it will soon operate retail branches in just six countries, down from 50 in 2006. 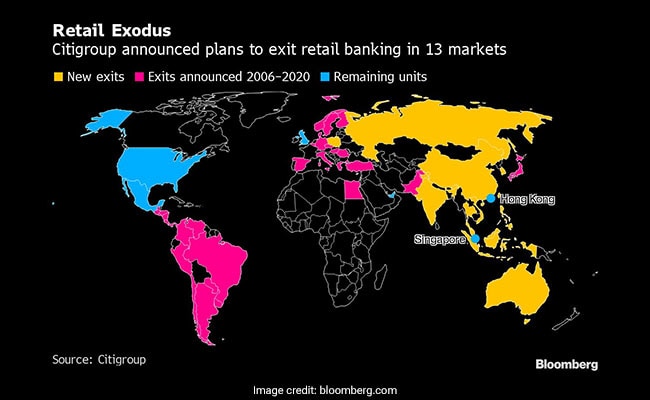 "While these are excellent franchises we don't have the scale we need to compete," Fraser said during a call Thursday to discuss earnings. "We decided we simply aren't the best owners of them over the long term."

Citigroup earned $4.2 billion in revenue in those markets last year, though the units didn't eke out a combined profit during that time, according to a presentation posted on its website.

"Those were capital hogs, so I can't imagine the returns were very good," Mike Mayo, an analyst at Wells Fargo & Co., told Fraser on the earnings call. "What are you -- 45 days in the job and you announced the asset dispositions? So I guess you're not wasting any time."

Instead, the bank will operate its consumer-banking franchise for both its Asia-Pacific and EMEA regions from four wealth centers in Singapore, Hong Kong, the United Arab Emirates and London, it said in a statement.

Citigroup already earns $6.6 billion in annual revenue from its wealth management products, the bank said. The firm is making a bigger push into the market after forming a new global wealth management unit in January that combines existing wealth offerings with the private banking arm.

"This positions us to capture the full spectrum of the wealth opportunity through these important hubs where we can serve onshore and offshore clients," Fraser said.

The latest divestments are also familiar territory for Chief Financial Officer Mark Mason, who did a stint as head of Citi Holdings, the former unit that housed assets Citigroup tagged for sale after the financial crisis.

"Both Jane and I have deep experience at this," Mason said. "We have both been keenly focused on ensuring that we get as much of the stranded cost associated with exit out of the organization."

Fraser's decision to exit consumer banking in certain Latin American countries came as something of a shock. The Argentina unit, for instance, was the bank's first non-U.S. branch when it opened in 1914. But Fraser argued that Citigroup wouldn't be able to make the investments it needed to achieve proper scale in the region.

"Let me be very clear on one very important point: Citi, will continue to invest behind and serve our institutional clients in these 13 markets," Fraser said. "We have a high returning and leading institutional franchise in Asia and it is an absolutely central part of our success going forward."