Prime minister Narendra Modidid not waive a single rupee from farmers' loans but wrote off debts of the top businessmen, Rahul Gandhi alleged. 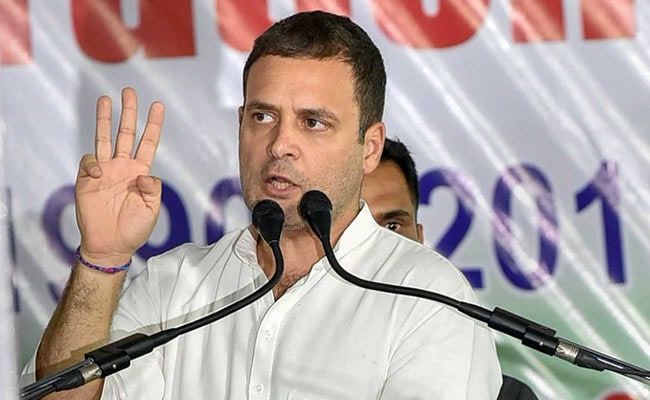 At a rally in Rajasthan, Rahul Gandhi also targeted PM Modi over the CBI row. (File)

Launching an attack on Prime Minister Narendra Modi, Congress president Rahul Gandhi said that he sought votes by saying he wanted to become the 'chowkidar' of the country but was himself committing theft.

The prime minister did not waive a single rupee from farmers' loans but wrote off debts of the top 15 businessmen of the country, he alleged.

"A farmer is called a defaulter (if he is unable to repay the loan) but big businessmen with bad debt are given a red-carpet welcome and banks ask them how they can be helped," Mr Gandhi claimed.

"Lalit Modi is sitting in London but he gives crores of rupees to the son of your chief minister. Vijay Mallya left the country after meeting Finance Minister Arun Jaitley in Parliament and Choksi deposited money in bank accounts of Jaitley's daughter, he alleged.

Mr Gandhi targeted PM Modi over the CBI row, alleging that its director Alok Verma was removed because the agency was raising questions about the Rafale deal.

At a press conference in Delhi, Arun Jaitley, however, dismissed the allegations and said Mr Verma was removed on the Central Vigilance Commission's recommendations.