Chinese Aircraft Carrier Can Sail Into Indian Ocean At Will, Says Top US Commander 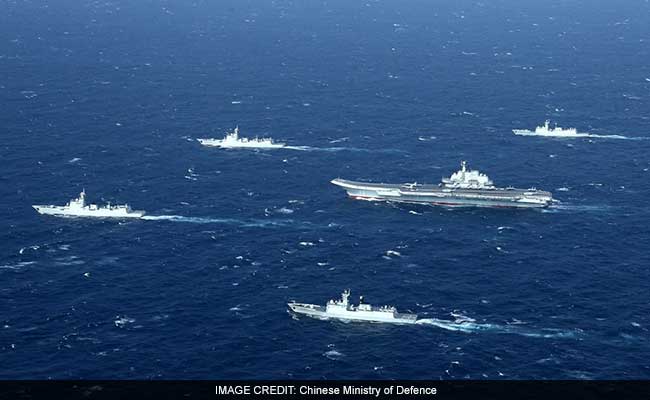 India should be concerned about the increased Chinese influence in Indian Ocean, says top US commander

New Delhi: In a direct assessment of the increasing presence of the Chinese Navy in waters off the coast of India, Admiral Harry Harris Jr., the Commander of the United States Pacific Command has said, "I believe India should be concerned about the increased Chinese influence. If you believe there is only a finite amount of influence in the region, then whatever influence that China has is influence that India doesn't have.''

The Admiral, whose is responsible for the US military operations over an area which encompasses roughly 52 per cent of the Earth's surface, minces no words in describing Chinese Naval activity in the Indian Ocean, an issue which is a matter of concern for the Indian Navy.

Confirming that the US and Indian forces are collaborating in tracking the movement of Chinese warships and submarines, the Admiral said, ''We work closely to do that kind of surveillance.''  When asked by NDTV to define how this worked, the Admiral said, "I don't want to get into it too much but there is sharing of information regarding the real time movement of Chinese assets."

As reported by NDTV , the Indian Navy has been relying extensively on its fleet of US-made Boeing P8-I anti-submarine warfare jets to track the movement of Chinese submarines operating in the Bay of Bengal and the Arabian Sea.  Admiral Harris said a lot more can be done to share data between the US Navy and the Indian Navy if India were to sign the Communications Compatibility and Security Agreement (COMCASA), which allows the secure exchange of military information between US military partner nations.

"The P8 is the world's best and most capable anti-submarine warfare platform. India has the P8-I. We have the P8-A but they are not entirely compatible because of different communication systems. Therefore, to maximise the potential and the airframe, here in the Indian Ocean against those submarines we were talking about, we need to move this agreement forward," Admiral Harris said.

Promoted
Listen to the latest songs, only on JioSaavn.com
Over the last three years, China has deployed nuclear attack submarines in the Indian Ocean region along with fleet support ships and warships, apparently to fight piracy off the coast of Somalia. The Indian Navy believes that the Chinese presence in these waters has less to do with the fight against lightly armed Somali pirates and more to do with Beijing's elaborate plans to strategically encircle India by establishing ports and military facilities in the Indian Ocean region.

Last May, a Chinese nuclear attack submarine had docked at Karachi harbor and embarked Pakistani personnel, a move which the Indian Navy believes may be a prelude to Islamabad leasing a Chinese nuclear submarine.  According to Admiral Harris, "I think the relationship between China and Pakistan is a bit of a concern. A strong and prosperous China is not in itself a bad thing.  But it's when that strength and prosperity is turned into aggression and is encouraged that it becomes a problem for all of us and not only India."