"India has proven itself to be willing and be able to resolve issues through arbitration, through negotiation, through dialogue and diplomacy, and, we would hope and expect that China would show itself capable of doing the same," she said. 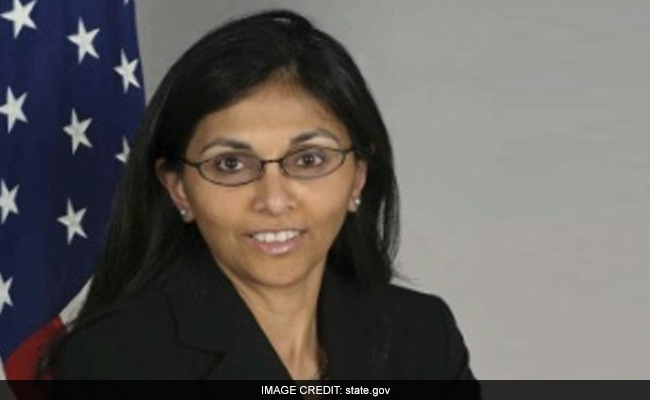 Washington: Amid the ongoing standoff between Indian and Chinese troops at the Dokalam area in the Sikkim sector, a former US diplomat has said that China needs to acknowledge that India is "a force to be reckoned with" and other countries in the region are unsettled by Beijing's behaviour.

"China, I think, needs to acknowledge the fact that there is growing strategic and security capability across Asia, and certainly India is a force to be reckoned with," former Indian-American Assistant Secretary of State for South and Central Asia, Nisha Desai Biswal told news agency PTI in an interview.

Ms Biswal, who was the Obama Administration's point person for South and Central Asia during the second tern, said that there has been a fair degree of assertive actions and signals being sent from China across many different border points, maritime and land, across its geography.

"While I understand that sentiment within China, that I think seeks to try to assert China as a dominant player across the Asia-Pacific, I think China has to content with the fact that across its geography, throughout the Asia-Pacific region, countries are unsettled by its behavior and by its unilateral actions," she said.

"China has more to gain through diplomacy and dialogue than it does through these kinds of actions, which create a great deal of unease and uncertainty," Ms Biswal said responding to questions on India-China border stand-off.

Ms Biswal said across Asia, nations are stepping forward to assert their interests and their rights. "So now is an important time to create some greater codification of the rules and, to create more channels for dialogue and diplomacy to address some of these areas of tension and differences on how various boundary and maritime claims are resolved," she said.

Ms Biswal exuded confidence that the leaders of the two countries would be able to prevent further escalation of the situation. "China is a very mature and calibrated power. It's not a rogue actor, in any sense of the word. And certainly I think that the Indian side has also acted with a great deal of resolve and a great deal of restraint," she said.

The US, she noted certainly has a role to play in it by ensuring that the international rules are followed. "Certainly, I think that the US, by standing firm on its commitment towards the rules-based international order and the importance of dialogue and dispute resolution, can signal its own strong preference for these kinds of mechanisms to de-escalate and to resolve differences," she said.

"I think the US has stood very firmly against the kinds of unilateral actions to settle disputed claims, which we have done very strongly with respect to maritime claims, and which we continue to stand behind with respect to land boundary claims," Ms Biswal said.

Promoted
Listen to the latest songs, only on JioSaavn.com
"India has proven itself to be willing and be able to resolve issues through arbitration, through negotiation, through dialogue and diplomacy, and, we would hope and expect that China would show itself capable of doing the same," she said.

Implications, of any further escalation (by China), are grave, she warned in response to a question. "I think it's not useful to speculate on escalation. The implications are very grave. I think that as two very responsible military powers and nuclear powers, that both countries understand that. They understand the obligation that they have to manage tensions and to de-escalate, and we have a firm belief and expectation that they will do so," she said.