China, Pakistan Ties Driven By Rivalry With India: US Experts 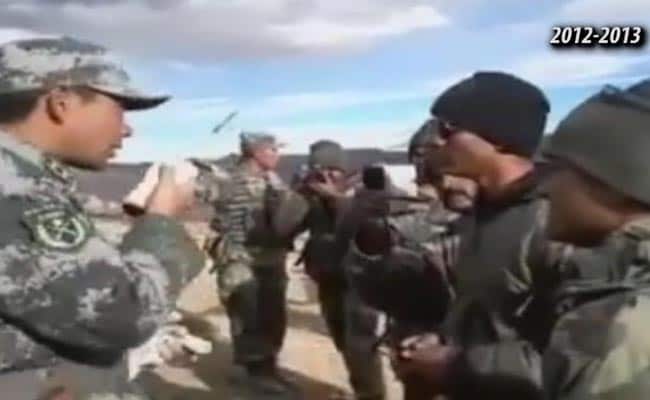 China's relations with India are marked by mutual suspicion, said a senior adviser for South Asia at Bowerr Group Asia.

Washington: The strategic alliance between China and Pakistan is primarily driven by their rivalry with India, eminent US experts have said, with one of them expressing concern over Sino-India border tensions.

"China's close ties with Pakistan also raise tension in the subcontinent. The China-Pakistan relationship has always been strategic in nature driven by their mutual rivalry with India," Katherine C Tobin, commissioner of the US China Economic and Security Review Commission, said during a hearing on China in South Asia.

Lisa Curtis of the Heritage Foundation -- a top American think-tank -- said that the current policy of the US is "hands-off approach" when it comes to tensions between India and China.

"I think the US has taken a very hands-off approach, but there may be some room for contingency planning back here in the US if the Sino-India border disputes were to ratchet up," Ms Curtis said.

"And certainly we have seen on two occasions in the last two years or three years rather, once in the spring of 2013, once in the fall of 2014, that tensions ratcheted up in terms of unusual troop movements by the Chinese PLA forces in the Ladakh region," she said.

"So, it's certainly something that I think we need to pay attention to. I am not saying the US needs to get involved per se, but we should at least have an idea of how the US might react if the tensions were to escalate quickly along the border," Ms Curtis said.

China, she argued, seeks to build strategic and military ties with Pakistan in order to contain Indian power and to prevent India from extending its influence outward and essentially prevent it from focusing its attention and military resources towards China.

An increasingly close US-India relationship will be key to the US success in the Indo-Pacific region, Mr Moriarty said.

The fast growing economies in strategic locations of the other countries of South Asia require that the US also maintains close positive relations with those countries, he said.

When the US interest in those countries do not coincide with India's, the US should pursue its own interest while being as transparent as possible within India over policy differences, he argued.

"Think carefully before punishing Pakistan. The United States cannot afford not to have decent working relations with a nuclear armed nation facing serious terrorism issues, and one that is already a leading source of migrant flows into Europe," Mr Moriarty said.